Engineers working for DS Doll in China, say they have made staggering progress in robotic research this year and are hoping to mass produce the debut product to the UK and Europe.

So far, the firm has created a robot that can move the upper half of its body – from the torso – and say they are now excited to work on the legs. 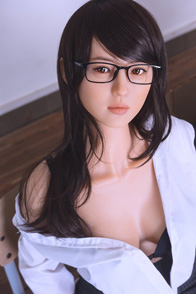 Working from life-size measurements of real women, the company believes that the fully autonomous dolls should be on sale within the next few years.

The dolls, each created by hand, have artificial skin which is life-like to touch and moveable eyes and tongues.

The manufacturers say they will be able to provide sexual pleasure, as well as complete domestic and social care services.

In the meantime, DS Doll is excited to launch its first generation of sex robots, which are set to be released shortly.

The first to go on the market will be a fully robotic female head, which can attach to a life-sized sex doll body.

The heads – which range from £2,895 to £3,195 for the premium range – can be controlled by an app, meaning a broad range of facial expressions can be produced.

Cloud Climax – who sells DS Dolls in the UK and Europe, says it is working on fully automatic movement after great research has been done in recent months. 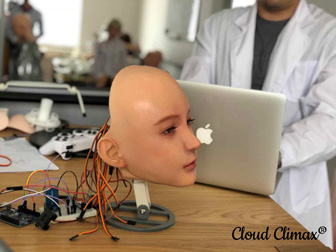 Sam, the firm’s representative, said: “The research and development engineers at DS Doll are continuously working on both new products and current product improvement.

“The second generation of DS Doll sex robots will probably have removable limbs and AI akin to Siri and Alexa.”

This means that fans of sex dolls could soon purchase versions of their favourite pop star or actress.

Artificial Intelligence: What are its implications in video surveillance?