Experts have invented a unique high-tech umbrella which enables holidaymakers to enjoy the glow from their sunshine break long after they get home.

And it’s even being trialled with a light therapy bulb, which gives Brits an uplifting glow to further soothe the post-holiday comedown. 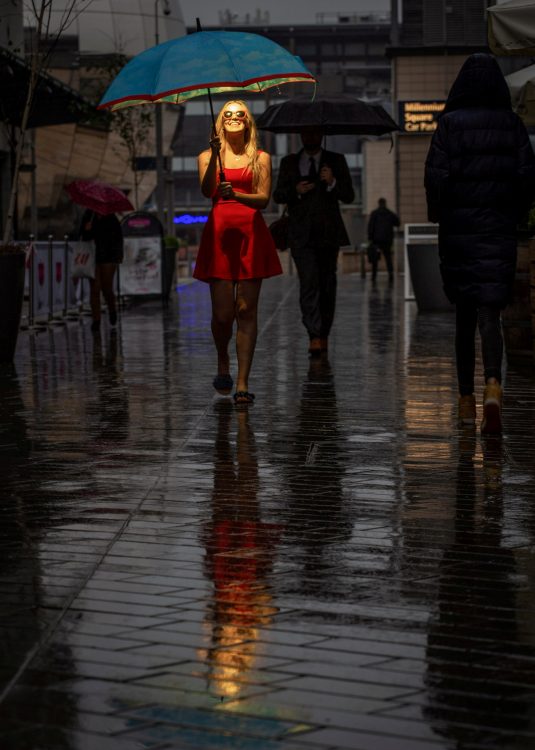 She said: “The senses play a crucial part in storing and reliving holiday memories.

Olfactory bulbs are part of our limbic system transmitting smell information from the nose to the brain, and directly connect to areas of the brain that process emotion and memory.

“The TUI Sensatori ‘Balance’ scent has also been customised to instil feelings of contentment – blended from juicy fresh citrus, white jasmine and delicate soft musk, also known for their calming and stress-solidifying properties.”

The updated umbrella was created after research polled UK holidaymakers to find out the worst things about coming home from a break.

Three quarters of Brits admitted suffering from some form of post-holiday blues after getting back from a trip abroad.

And one in four cited leaving glorious sunshine behind and returning to British drizzle as the hardest post-holiday adjustment. 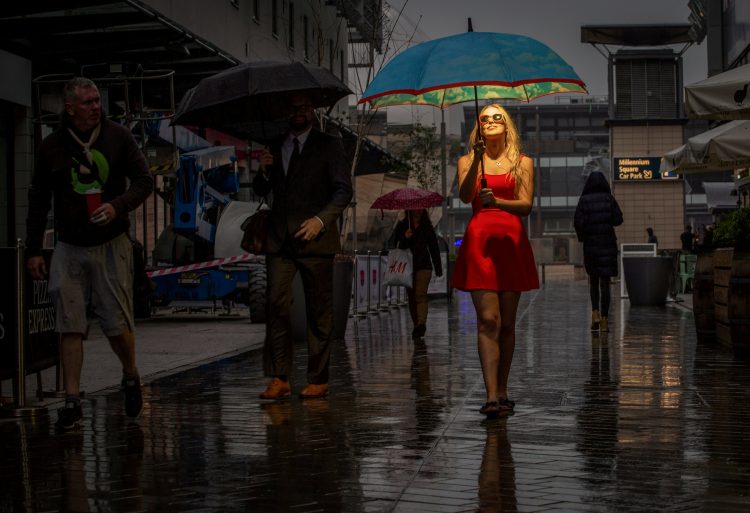 Other things Brits dread after getting back from a holiday include finally tackling tasks that had been put off before leaving, and having to wake up early again.

Helen Morgan, Head of Concept for TUI said, “For the past decade, TUI Sensatori has prided itself on developing five-star resorts to truly fuel the senses.

“We’d like the Holi-Brolly to transform any trudge home from work into a more colourful and sensory awakening experience that extends the good times of a well-earned holiday well beyond your flight home.” 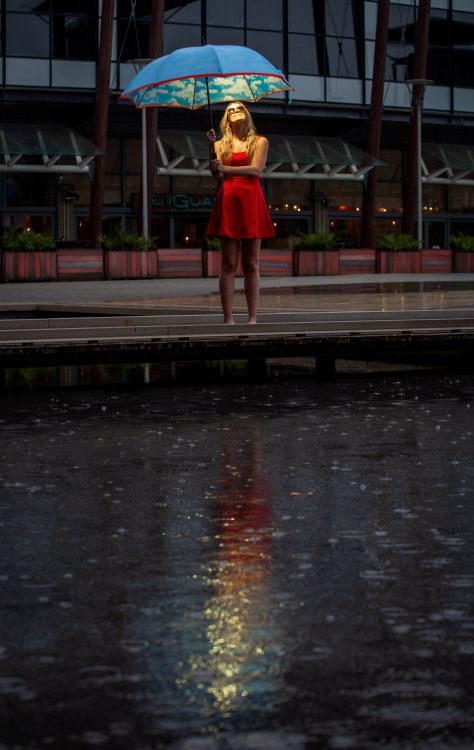 A limited number of ‘Holi-Brollies’ will be available to trial from TUI stores in some of the wettest cities around the country, including Bluewater, Metrocentre, The Trafford Centre, Hempstead and Coventry Superstore.

To read more about TUI’s Senatori breaks go to https://www.tui.co.uk/holidays/sensatori?vlid=tuipr2

TOP 10 WORST THINGS ABOUT RETURNING HOME FROM HOLIDAY
1. Going back to work
2. Returning to the Great British weather
3. Feeling tired from travelling
4. Having to deal with the tasks you put off before leaving
5. Having nothing in your calendar to look forward to
6. Returning to the commute
7. Having to get up early again
8. Catching up on emails
9. Going back to wearing your usual clothes
10. Having to tell everyone about what you did on holiday

The Cord Cutting Crowd is Exploding in 2018

Should I Hire a Professional Web Designer?

How Cloud Platforms Improves Our Experience on the Internet