Guiding light of the northern sky: how do we find Polaris?

The North Star, also known as the Pole Star or Polaris, is the brightest star of the constellation Ursa Minor (Little Dipper). It’s one of the most beautiful and well-known stars, a symbol of hope, enlightenment and inspiration. This glaring celestial body is always located at the same part of the sky and it points north with absolute precision. Polaris can easily be found with the help of a printable star map, but you won’t always have it at hand. So how do we find the North Star in the open space? Let’s find it out. 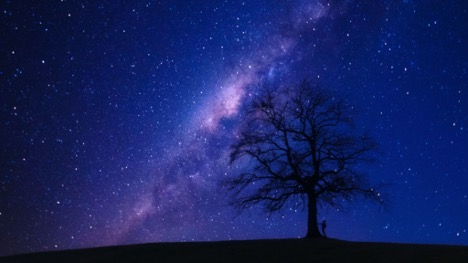 Main features of the North Star

Before finding the North Star, let’s learn about its main features. It will not only help you find it faster, but also avoid some mistakes and reveal some existing misconceptions.

First of all, many people think that Polaris is the brightest star in the sky. Unfortunately, it’s not like this: this star is on 48 place by brightness, it doesn’t even enter into top-10. This characteristic doesn’t complicate the searching of the North Star. But if you follow brightness only you will have more chances to find Sirius or Vega.

In the second, the North Star isn’t always at zenith, contrary to popular belief. The star is surnamed Pole because it’s situated right over the North Pole of Earth. That’s why this celestial body can indicate the north: it’s located in the center of other clusters. Due to the same reason the habitants of the southern hemisphere can’t look on Polaris to find north: they determine the direction by the constellation of South Cross.

In the third, there’s an opinion that the Pole Star is always located at the same place. It’s partially true. Earth is rotating around fixed stars, but Polaris is located very near from the pole, which makes it one of the least movable stars. But the situation of the North Star changes depending on season, time of day and geographical coordinates. 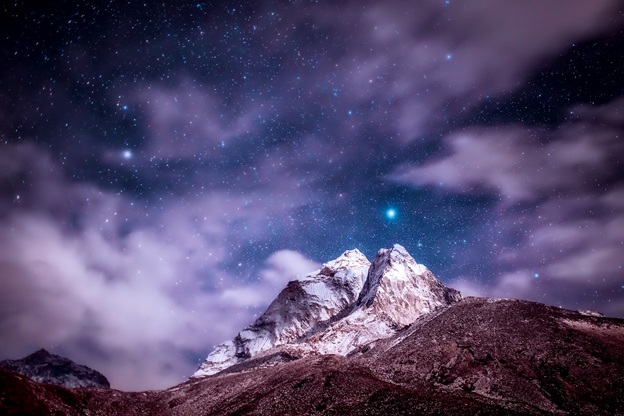 How to find the North Star by the Big Dipper

If the night sky is not cloudy and stars are clearly visible, it would be the best to look for the Pole Star with the help of constellations. The best helper in this method is the Big Dipper which is visible on the sky at every season and has a recognizable shape.

Finding the North Star by Cassiopeia

The Big Dipper is quite a big constellation; it can be partially hidden by clouds. That’s why during your searches you can navigate by Cassiopeia which is not that large but expressive and glaring.

The constellation of Cassiopeia looks like the letter “M” or “W”, but with stretched edges. To find Polaris, you should mentally draw a line of the length of two distances between extreme points of Cassiopeia. This line will indicate the Little Dipper and the Pole Star. You can check the results of searching after finding the Big Dipper or Cepheus nearby.

Searching the North Star by Cygnus

The method of searching the North Star by Cygnus can’t be called easy. But if you have enough astronomy skills, finding the constellation of Cygnus won’t be a problem.

To discover our star, you should find Hyena and Deneb – two bottom points of the cluster. Visually connect them and draw a straight line coming from Deneb. This line should be equal to two distances between the stars and it will indicate the North Star.

If you want to find the Pole Star but the horizon is closed by clouds or trees, you should use a compass and a map.

Remember that the magnetic needle of the compass points north approximately in the same direction as Polaris, but you have to adjust the magnetic declination. This characteristic includes magnetic pole and magnetic line distortion; it can be found in a special reference guide.

To discover the North Star, find the north on compass and adjust the declination. It’s important to lead the searches in the appropriate area: don’t take measurements near from power lines, means of transport or railways.

Find the North Star with the help of camera

If you have a professional photo camera, it can also be used in your searches. If you take a photo of a starry sky with a long exposure, you will see the tracks of moving stars: glaring concentric circles of different sizes. The smallest and the shortest of them which is located in the center is the track of Polaris.

Surely, finding Polaris by photo isn’t the easiest method, it has its own nuances. You will have to manually open the aperture to the maximum, set the focus to infinity and adjust the light sensitivity, else the image will be overly illuminated. And you have to keep the camera fixed too, cause every single move will spoil the whole image.

If you don’t have a suitable camera, you can use some apps, for example Stellarium for Android or Sky Guide for iOS. And, of course, a printable star map would be the best solution.

How To Encourage Your Kids To Be More Active

How to Guarantee Mental Stability During Your Freshman Year