The 2021/22 NFL season is fast approaching, with the regular season set to begin on September 10. That said, let’s take a look at some of the biggest games the upcoming campaign will have to offer.

This fixture has thrown up particularly exciting games in the past. The teams will meet up again in September, pitting two of the league’s best quarterbacks against each other as Patrick Mahomes will go up against Lamar Jackson. Baltimore is primed for a deep run into the playoffs but will have to beat the reigning back-to-back conference champs to move that goal along. The bookmakers are likely to see plenty of bets come in on this particular set of NFL odds given the height of anticipation.

The Chiefs will also want to prove their defense can shut Baltimore’s rushing attack down. It will be interesting to see whether or not the Chiefs will be able to restrain Jackson but, more so, will they reign supreme over the AFC? This match will go a long way into deciding.

The Cleveland Browns got over some major humps last season, with the Pittsburgh Steelers involved in two of them. The Browns split with their rivals to get into the playoffs then shocked them on Super Wild Card Weekend in quite the surprising turn of events. Sadly, fans weren’t on hand to witness this one in person but it was pretty significant.

Ben Roethlisberger has been the bane of Cleveland’s existence for nearly two decades, keeping the Steelers relevant while the Browns flounder. Last season, though, Cleveland made some major strides and made the rivalry something again after a long period of monotony. The competition is back on between the teams and has lots of fire beneath it – fans will hope to have a good one on their hands come next January.

The AFC Championship Game started off pretty well for the Bills last season until the Chiefs kicked themselves into gear and made the game disappointing at the end. The Bills were considered to be the only AFC team that could possibly stop the Chiefs and appeared to be well on their way to doing so.

By the end, though, Kansas City ended up making easy work of their opponents. The Bills have since retooled, making improvements to their offensive line. This will be a contest deserving of anticipation and, hopefully, this time around will not disappoint.

Fortunately for fans, it’s not that far off from the start of the season and they won’t have to wait that long to find out whether Josh Allen could get the better of Mahomes or whether the Bills defense could better deal with the Chiefs passing.

This one would have always been an intriguing matchup after Tom Brady showed up his old team by winning the Super Bowl at the first time of asking with the Bucs. The game will mark his first visit to the Gillette Stadium since leaving for Florida.

With teams expecting to host fans at full capacity, tickets for this game will likely be pretty hard to come by. The game will be significant not least because Brady will be playing in front of Pats fans in opposition colors for the first time and everyone will be curious over the reception he will be treated to.

We imagine fans are eternally grateful for the impact Brady has had on the team; he led them to six Super Bowls after all. But whether or not they cheer for him or boo him on the night is left to be seen. 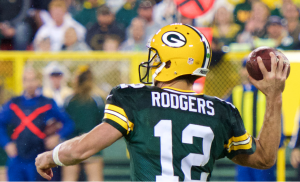 This is the game many were expecting at the Super Bowl but Aaron Rodgers could not get past Brady and the Bucs, who stifled the Chiefs’ offense in the championship affair earlier this year. This game comes courtesy of the extra 17th game added to the schedule that sees to a format that pits two cross-conference teams against each other based on their division finish in the previous season. Fans will be treated to the AFC West champions vs. the leaders in the NFC North, who were also the conferences’ top seeds in January.

The contest probably wouldn’t have been all that significant had Aaron Rodgers left the Packers but he’s staying put for one more season and we expect that it will be a thriller.

An innovative range of coir-based products under one platform

WHAT IS CRYPTOJACKING: IS IT GOOD OR BAD?