The word “meme” was coined by Richard Dawkins in his 1976 book “The Selfish Gene”. According to Dawkins, a genetic meme is a gene that repeats itself and spreads throughout the population via Darwinian natural selection.

On the other hand, a cultural meme is a habit or concept that spreads even quicker across a community. For example, if I tell you a joke and you tell it to your friends, the joke will spread until it is known on a collective level, permanently altering the species in even a minor way.

When that joke is tied to a monetary value, it has the potential to become a genuine currency. It remains to be seen if the buzz is justified, and whether meme coins will have any enduring worth.

However, other cryptocurrencies, such as Dogecoin, have already shown adept at producing compelling storylines, attracting the attention of celebrities such as Snoop Dogg, Gene Simmons, Elon Musk, and former adult film actress Mia Khalifa. With newer cryptocurrencies like HUH Token also employing well known social influencers to post on Twitter and Instagram at the end of this month. The attraction of meme currencies is the sense of community – and virality. 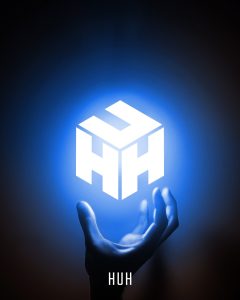 On Twitter, Reddit, and the mainstream news, over 15,000 cryptocurrencies compete for our increasingly limited attention. Meme coins cut through the noise and inspire people to come together.

Other tokens, like Cardano’s ADA, offer function and blockchain technology solutions, whilst meme coins guarantee a good time. A new evolution of coin is striving for both of these things. HUH token is a ‘utimeme’ and it is the combination of both of these principles.

HUH Token achieves this with its novel tokenomics in the form of a referral system, this combined with their impressive marketing drive, really shows a solid potential for a mooning cryptocurrency. The referral system helps leverage this attention garnering capability by allowing HUH holders to pull in friends and family. It functions by giving HUH holders a referral code, that when used, allows them to claim ten percent of their first purchase.

It is currently available on Pancakeswap but is also live on the 6th of January 2022 on Uniswap, with plans for it to be on many more exchanges towards the end of the month.

Unlike bitcoin, which will end minting once 21 million coins have been issued, most meme currencies are inflationary, which means there may be a limitless supply. A lot of them offset this by burning tokens. HUH Token has a weekly burn of one million tokens to mitigate that effect.

Nonetheless, investing in meme coins is a bit of a risk. Surprisingly, the overall best practices for meme coin investment aren’t all that different from those for alternative investing in general. First, look for projects that have a large social base, their Twitter, Reddit, telegram or discord followers. Is the community active, and does the project have good communication with its holders? Then review their documents, the whitepaper and website. Basically, do your own thorough research before deciding you decide to invest. This article is not financial advice and is for entertainment and educational purposes only.

Things that you should know before using the bitcoin ATM!

Can you earn profits by bitcoin mining?

You Decide, Future of Finance or Fools Gold? Shiba Inu and HUH Token

How can you get Bitcoins through 1K daily profit?

Mehracki Token, The Sandbox, and Decentraland Are 3 Top NFT Tokens to Get in 2022