For most projects of self-improvement, the hardest steps are the first you take. We become so used to a routine, so settled in behaviour and actions drilled in over years, that doing something new can feel utterly alien. With enough time and effort, new efforts can become habits, but until then, finding the motivation with each outing is a necessary part of the experience. Looking at exercise through this lens, we want to investigate some ways that you can use a reward system to better your chances of building reliable routines. It might be only a temporary step, but it could make all the difference.

The Humanity in Habit

Though we tend to take our reliance on habits for granted, it’s a core part of humanity that exists for good reason. Based on our biology as expressed through our psychology, habits are a big part of our success. Our brains work at their best when they have fewer things to work on. By keeping to a habit rather than wasting energy by breaking them and starting new ones is less stressful on your brain, which in turn improves your wellbeing, detailed at Craft Counsel.
The components of habit are great in helping us stick to what we’ve established we need to do, but this can act as a double-edged sword. When we interrupt this habit through new experiences, the interruption can mess with our flow, and inhibit the rewards we feel on a regular day. For some people, this feeling is far more pronounced than others, and while it is possible in some cases to force ourselves through, a better approach can be to trick our brain’s into working with us. 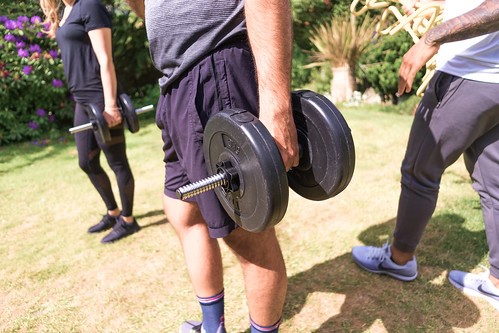 Eventually, repeated new patterns of exercise will establish them into a simple habit. Until then, it can be helpful to bridge that gap by adding endorphins into the newly opened space. In this way, the uncomfortable feeling of stepping outside of older habits can be mitigated. Essentially, you could think of this as stoking a mental fire, until it becomes self-sustaining. Fortunately, exercise itself releases endorphins to aid this process, but we can still nudge it along.

While there aren’t any one-size-fits-all types of rewards for exercise, looking into your daily life should give you some ideas. Accomplishing this is fairly simple, as it can just mean taking out something in daily life you enjoy and would like to explore more, and withholding that activity until you’ve completed an exercise goal.
One such example could be the simple act of reading. If you’re really getting into a new novel, holding it as a self-imposed hostage would encourage you to start exercise quicker, and commit yourself as early as you can. In some cases, this could even be modified to combine the two, such as by listening to audiobooks while exercising. If you’re curious about this task, there are thousands of free audiobooks online to get you started, as shown at Bookriot.
Another approach could be to reward yourself at the halfway and completion points of your exercise through something like mobile online casino games. You can start by checking out the best online casinos in NJ and any available offers on Casino Smash. Then, you can enjoy some entertainment while you cool down. With mobile access, bonus promotions, and a range of high-rated services to choose from, there’s plenty that makes this a convenient option. 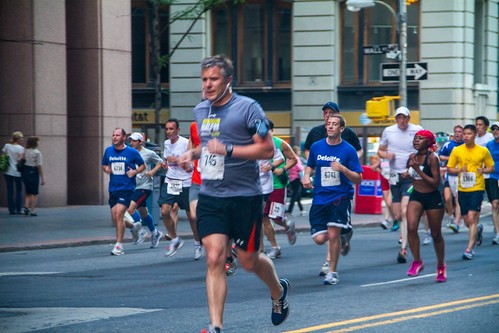 Ultimately, each person’s tastes are unique, so don’t feel judged if you decide to reward yourself with something a little more esoteric. As long as you’re not defeating the exercise by loading yourself with calories after the fact, the sky is the limit. Other than this, the only other ingredient is time. Stick with it a few weeks, and you might be surprised at how much this little trick can bring. This might not be the path for everyone, but if you’ve tried and failed to get started in exercise before, what have you got to lose?

Amazing Benefits Of Exercise For Good Health And Happiness

Is it possible to lose weight through Dorra Slim?

NEW ERA OF THE FITNESS WORLD-GROWTH BY GYM MANAGEMENT SYSTEM

How To Encourage Your Kids To Be More Active