At this point in time, no one expects any altcoin to dethrone Bitcoin as the de facto digital gold. It’s the most secure and most valuable network on Earth. Overtaking Bitcoin now would be like another Internet coming along and dethroning the Internet we have now. You can’t invent the internet twice. And you can’t invent digital gold twice. Bitcoin adoption is now growing at a faster rate than the internet at this stage of its evolution. And no one expects its exponential growth to suddenly slow down any time soon.

And while there are several Layer 1 smart blockchains nipping at its heels, let’s face it, Ethereum had a serious head start on the competition. Now with the transition to a proof-of-stake mining protocol, the network will become faster and more scalable. Moreover, several Layer-2 blockchains such as Polygon, Loopring, Synthetix, OMG Network, Arbitrum, Universal, dYdX, ZK Rollup, Optimism, Immutable X, and several others are piping business into Ethereum. While those other Layer 1s battle for second place, it’s going to be a long time before any of them flip Ethereum.

So, while Ethereum and Bitcoin are expected to remain in the lead, the question is, which project is going to follow in their footsteps and create an entirely new category of crypto tokens. One potential contender is Gnox Token (GNOX). 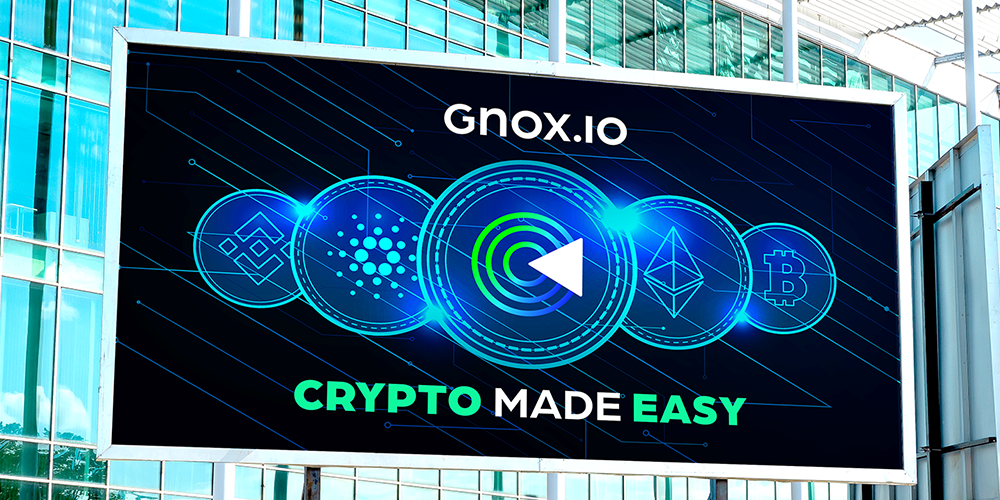 Bitcoin is widely seen as a commodity. Commodities go up and down in price. That’s all they do. Nothing fancy. And Ethereum is more like the electric grid. Its value depends on the demand on the network. The same goes for most other altcoins.

Gnox is a completely different animal. It’s designed to streamline and simplify DeFi investing, generate passive income in both bull and bear markets, and reduce risk while encouraging early adoption and long-term hodling.

How can one token possibly do all that? The secret is a common treasury that’s constantly growing in size. This treasury is funded by a royalty on all aftermarket sales of the token. These funds are put to use by investing them into a diversified basket of passive-income generating opportunities. Not only does everyone who holds GNOX share in the increasing value of the treasury, but all of the passive income is used to buy back and burn GNOX tokens.

Moreover, a 1% royalty on buying and selling GNOX tokens is airdropped back to holders once every hour. This adds a bit of game theory to the token. The earlier an investor buys into GNOX token, the more this kickback compounds over time.

To spread risk and increase returns, the Gnox treasury is invested in an array of DeFi opportunities across several platforms including staking and lending platforms, liquidity pools, and potentially NFTs.

Gnox has developed its own DeFi aggregation tool. It collects data on passive income-generating opportunities across several blockchains. The opportunities are analyzed by a team of experienced DeFi investors. Token holders vote on which opportunities to exploit. There are no losers. Every GNOX holder shares proportionally in the same rewards.

The Gnox platform is scheduled to launch in mid-August. However, if you’re the early adopter type — and you have good reason to be with this project — their ICO is happening now in three stages. At each stage, any unsold tokens are burned. No more tokens will be created after launch and the perpetual burn mechanism assures that GNOX hascoveted deflationary tokenomics.

While Gnox might never catch up to Ethereum and Bitcoin, it certainly seems to be following in the footsteps of these crypto giants in that it’s breaking new ground and taking the lead.

The Future is Here: HUH Token to Enable Influencers to Profit from the ‘Tone’ of their Content

Industries Which are Using Bitcoin as A Payment Option