Red Bull faced further criticism for its relationship with Russia this week, as campaigners unfurled a massive banner outside their HQ near Salzburg.

The banner read ‘RED BULL GIVES PUTIN WINGS’ and relates to the energy drinks decision to continue selling its product in Russia. The 400m2 also shows a depiction of Putin riding the company’s bull logo. 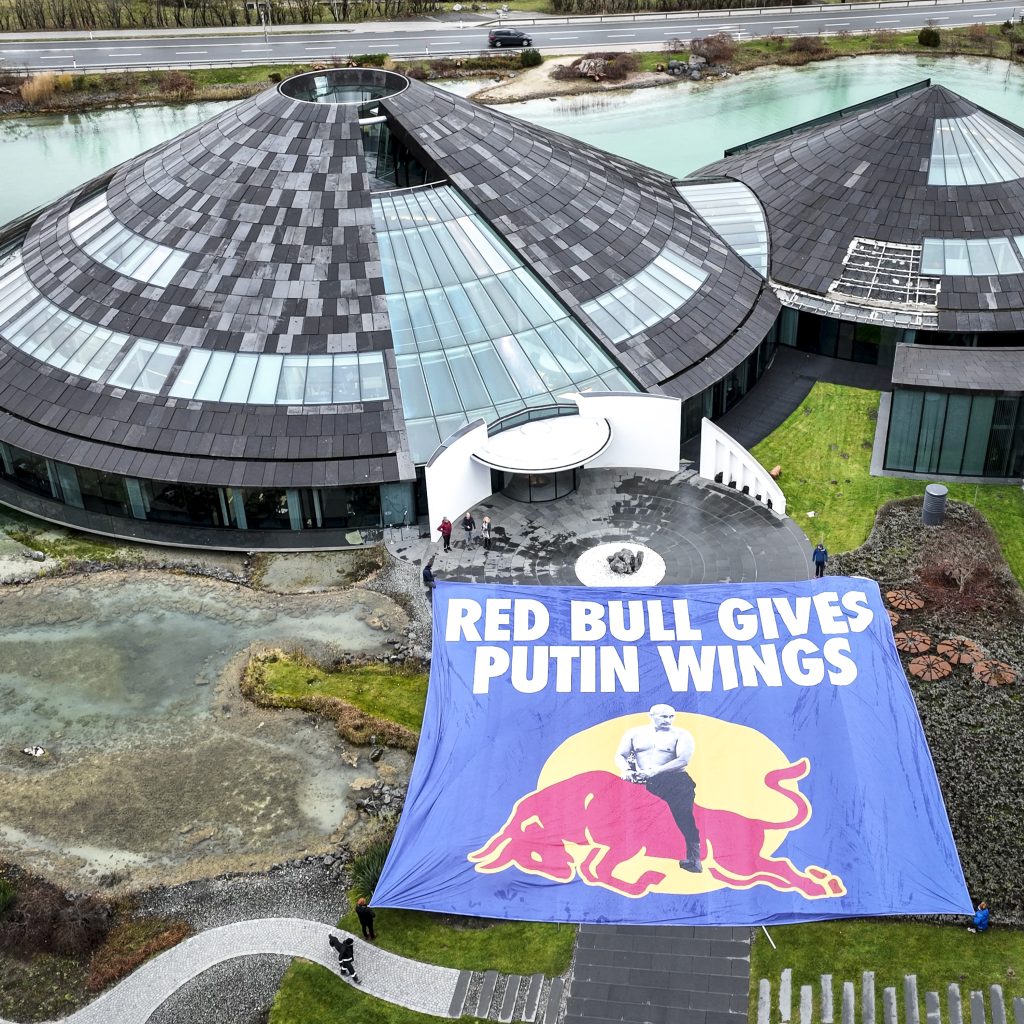 In a statement following the incident, Ukraine Solidarity Project (USP) took credit for the protest.

It read: “The protest was organised by the Ukraine Solidarity Project (USP) – a network of European and Ukrainian activists exposing global brands for regressive policies on Putin’s Russia. Companies that continue to trade in Russia pay taxes to the Kremlin and threaten global solidarity in the face of Putin’s aggression”.

Earlier this month, Red Bull also faced protests at their Formula 1 HQ in the UK. In that instance, a message from 2022 Nobel Peace Prize winner Oleksandra Matviichuk was projected across the building.

The statement from Ukraine Solidarity Project also discussed that it hopes these protests will push the brand to reconsider its activity in Russia.

The statement added: “It really matters that Red Bull is still on sale in Russia. It’s one of the world’s biggest brands and its decision to stick with Putin’s Russia is highly significant.

“Companies that sell their products there are paying taxes to the Kremlin and signaling that they’re comfortable with the illegal invasion of Ukraine. They need to pull out. As things stand, Red Bull gives Putin wings.”

As things stand, Red Bull has suspended all marketing activities and new investments in Russia and complies with all EU and US sanctions. However, the product remains on sale in the country.

Cohesion Is Integral To The Longevity Of Your Business

I handled my canine to a $75 tasting menu at a brand new SF restaurant for canines. She beloved it, and it was so enjoyable watching her eat from the desk.

When Choosing Warehouse Floor Cleaning Machines – 7 Things to Check Out