What Are Really The Best-Paid Jobs?

There are a lot of things you might wish to get from your work, whatever it is that you might happen to do. But something that most of us could agree on is that it’s definitely best if you know you are earning a decent amount for what you are doing. Not as many people can say this as the amount who would like to, and that is part of the nature of the job market as it stands. But if you are curious about this and keen to ensure that you are going to be able to get a well-paid job, it can help if you actually know what kinds of jobs are at the top of that list. Some might surprise you – others, perhaps, not so much. In any case, it’s interesting to see what kind of skills our culture values above all. 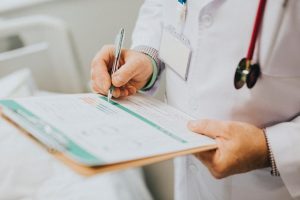 It’s no secret that doctors are paid quite well – as indeed they should be. A society without decent doctors would be a much worse one to live in indeed. The level of illness and poor health would rise dramatically, people would not know quite how to remain as healthy as possible, and you wouldn’t be able to keep an eye on worrisome problems in your body. Amongst doctors, GPs seem to be paid particularly well, and that is perhaps not surprising given the important role they hold in the health system. Being a GP is, therefore, a great job not just because of how it helps others – though that is important – but because of the good rate of pay doctors can generally expect.

Of course, it’s not just doctors who get paid well, and often some of the best-paid people are those who occupy some kind of cultural position which has kudos for other reasons. The world of sport is full of such individuals, and the reason for it is twofold. Firstly, their skill is usually at such a high level that people feel that they are worthy of some kind of decent remuneration, and that is easy to see. But it’s also true that they often act as a kind of entertainer, and the world of entertainment is also one which is well-paid. So that is why Ronaldo takes less than 3 hours to earn the average UK salary, and why it looks unlikely that trend will change any time soon. 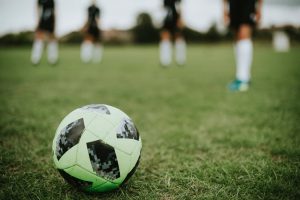 Coming back to more ordinary jobs, there is one role which you can be sure is going to earn a decent salary, and which is more focused on helping people in the everyday. Being a pilot can be great in many ways, but in particular it is one of the best-paid jobs in the world, with weekly wages which are many miles above those of many other professions. Clearly, if you have a desire to fly, you could find yourself earning very well indeed. Remember, however, that it takes a lot of practice and training before you can do so.

5 Reasons Why Being Self Employed Has Become So Popular

How To Do The Best By Your Employees In Trying Times

Casual Ways To Make Money From Your Sofa

6 Tips to Land Your Dream Job