Dj Diego Maciel says the best part of being a Dj is seeing the joy that music brings to people and to represent my country.

“The power of music is so strong, so infectious. I’m at my happiest when I’m deejaying, when I can just get out of my head and lose myself in the moment,” he says. “We all need that right now, to forget about everything going on and just dance.” 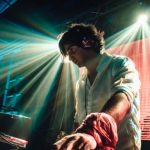 When did you know that you wanted to become a DJ?

DJ Diego Maciel: So, it’s funny because I can never really pinpoint the exact day that I was like, “I wanna be a DJ.” Basically, since school, going into high school, I was always the “go-to” guy for brand new music. I could say I really enjoy  when I would play music and people are like “what’s that song?”.  People would always want whatever music I had so I would burn CDs and people would ask me for them. Ultimately, I downloaded Virtual Dj for the first time. I probably stayed on that thing for 18 hours straight when I first got it, and the rest is history!

The best part of being a DJ is?

DJ Diego Maciel: I would say the best part of being a Dj is probably seeing the joy that music brings to people. I feel like everyone is born with a gift that they give back to other people. My gift is music.

What is one of your unforgettable memories in your profession?

DJ Diego Maciel: Probably my first gig at a nightclub. Two good friends of mine had a spot where he did a bunch of random events, called W Lounge. So he decided to throw a festival called “We Love” and they agree that I would be in charge of the music. Ultimately, I ended up djing to about all the parties they planned, and the crowd enjoy me. We were turnt that night! It showed me that I could really be a DJ and rock events.

The most recent memory, was when an event producer told me to throw a New Year’s Eve party and gave me a shot at my first multitudinary edition of BOX Party at Punta del Este, Uruguay. I and another well-known Dj in argentina where the hosts. My hands shake and feeling all that vibes and peoples reaction to my music was amazing. 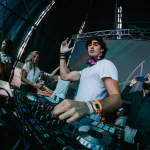 How are you dealing with COVID19 messures taken by your country?

DJ Diego Maciel: I am doing fine. A computer, tons of music, headphones, speakers, microphone & turntables are what I need right now to create music. As I evolve, I am trying to dome some lives with music and share with the public. It is important to stay at home and stay safe so we can fight this virus. It’s definitely taken a toll on being able to perform in the clubs, but I still haven’t broken into the club scene like I want. I am preparing new music and show performance for whats coming for the rest of the year.

What other hats do you wear in the industry?

DJ Diego Maciel: Alongside djing, I am 24 years old and I am finishing my studies at University. I’m huge on trying to do new music to our ears and producing some of that stuff. So keep in touch for whats coming next.

DJ Diego Maciel: I just wanted to say thank you guys for taking the time out to interview me. It’s been a huge honor. And for any artists looking to send me music, hit me up on instagram, I’m always willing to lend my ear especially if it’s some gas. Thanks!

These are the 30 most popular winter warmers

Can Agricultural Businesses Stay Relevant By Being More Eco-Friendly?