Users on Triller were confused when Donald Trump’s official Triller account suddenly got millions of views without much increase in likes. On Friday, the views were found to be fake when a video by realjamesh, a British YouTuber and musician uploaded a video titled, “This is how I got Trump 100 Million views”. In the video, the 15-year-old claims the view count botting as his own and even provides proof.

James Haworth, who goes under the alias realjamesh, lives in England and has made controversial content in the past such as when he uploaded a video titled, “A postcard from Instagram” which featured him supposedly receiving a postcard from the social media giant Instagram, however it was later disclosed by James that the postcard was fake after fans called him out on the video, telling him to come clean. 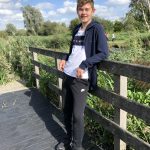 Triller, an upcoming video-sharing app, hasn’t responded to the video yet although it is likely they will terminate the realjamesh account on Triller which was nearly as 1000 followers despite being made only days earlier.

realjamesh told viewers in the now-viral video the method he used to generate such large numbers of views. James had been messing around with his video in a web browser when he realised every time he refreshed the page a new view was added to the video’s view count. He then gave viewers a brief idea of how he scaled the operation up using python, a programming language. The code is shown in the video but with large parts blurred so it would be harder for people wanting views on Triller to replicate.

Halfway through the video and at the end James does warn people that if they use this method they will probably get their accounts terminated on Triller, however despite those warnings people will undoubtedly use the method for their own benefit as the basic principle isn’t hard to follow, and without a doubt some similar person wanting more views with a bit of programming experience will re-create the program and share it causing Triller potentially many problems with their algorithm.

James disclosed in the video he had not view botted his own videos but did mention he had shared the method to a few friends who did view bot his videos. This led to the realjamesh account on Triller being at #10 in the UK Triller leader board and #24 globally for a few days, as a result of millions of views being added in a matter of hours. One of his short videos on the app also appeared on their trending page for multiple days, again from the view botting.

The outcome for James isn’t positive though as it is likely his account will be removed on the app, just before he reached the 1000 follower mark. The only sign of Triller being aware of his actions came a few days ago when his newly added verification badge on the platform disappeared and hasn’t returned, despite the account being heavily impersonated. 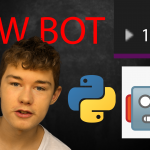 Triller is still a new app in the video-sharing market and it will be interesting to see how they respond to a video exposing their entire algorithm. Watch the video here.

Under A Tarp Challenge – Seeking Shelter For All

Religious leaders unite in prayer for peace during COVID-19

LATEST GUN STATS: 85% OF THE WORLD’S 1 BILLION GUNS OWN BY CIVILIANS, NOT THE MILITARY, FINDS DON JURAVIN