Over a quarter of (29%) all Brits surveyed think their lives will end by the age of 75, according a new survey.

The shocking results reveal a big gap between personal estimates and Government figures which show the average age of death in the UK is currently 81.

The YouGov poll, conducted by the funeral planning company Safe Hands, goes on to show that 15% think they will die before 70 years, whilst 36% think they will live longer than 85 years. Just three per cent believe they will be getting a telegram from The Queen for reaching 100.

The unemployed are least optimistic with just over half (52%) thinking they will not live beyond 75. This compares with 32% of those in full time work.

The figures show a marked difference between gender, age and region. A quarter of all 25 to 34-year-olds (25%) think their lives will end before they are 70, whilst those living in Scotland are the most pessimistic with 23% believing they will not make it past 70. This contrasts strongly with the estimates of Londoners at 12%.

Men are more conservative than women, it appears, with 18% believing 70 is their upper limit, compared with 13%of women.

When asked what they thought would be the main cause of their death, 26% of GB adults cited heart disease or stroke whilst 22% thought believed they would die from cancer. 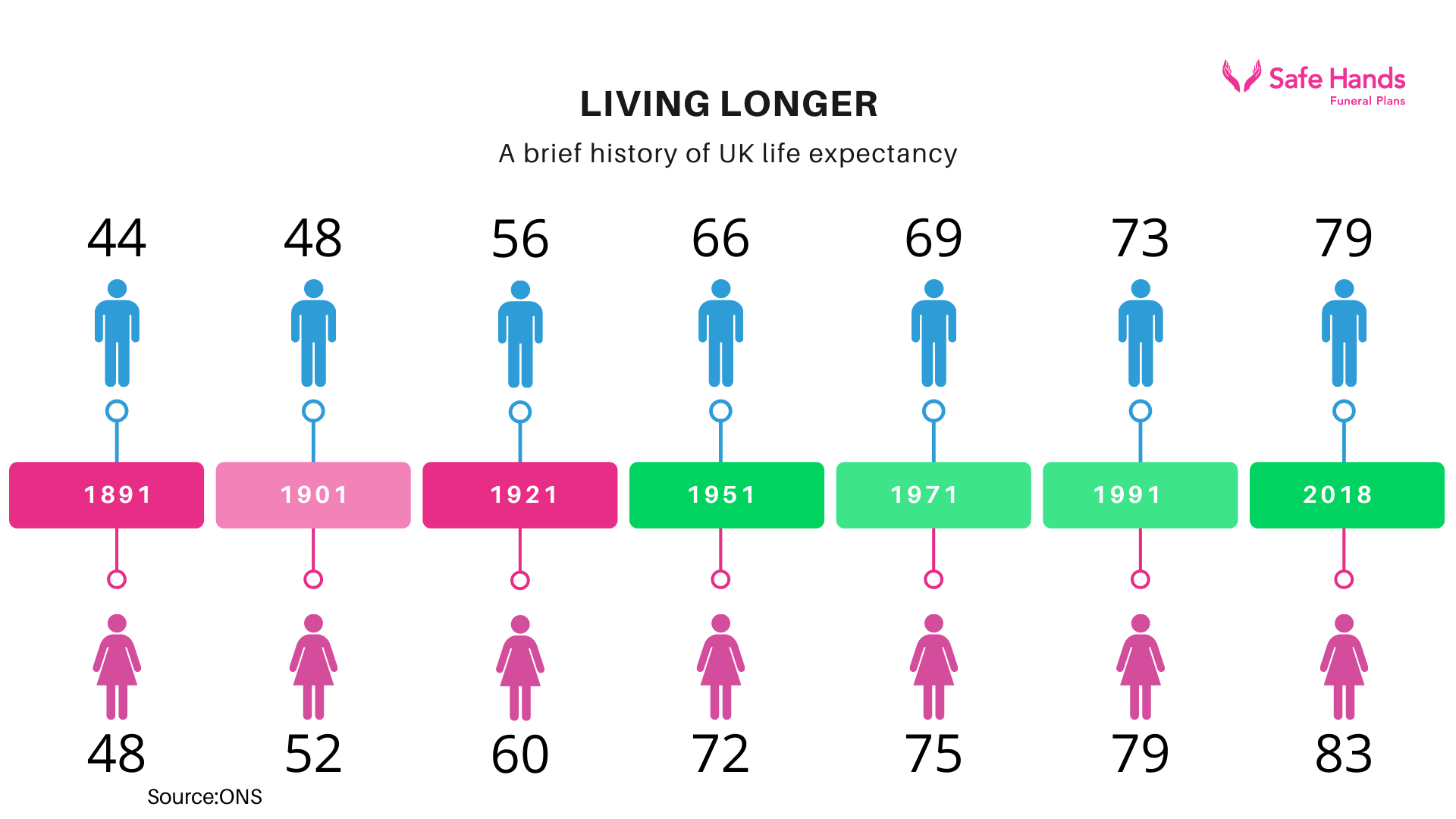 In reality, the biggest cause of death in the UK is heart disease for men and dementia and Alzheimer’s for women. Only five per cent of men and six per cent of women questioned thought they would die from dementia.

Despite the UK’s high death rate from COVID-19, only one per cent believed they would die from the virus. An identical percentage thought they would from an accident.

Tom Gormanly, CEO of Safe Hands, commented: “Despite what people think, the truth is that we can all expect to live long lives with one in three new born females, and one in five males, estimated to live beyond 90.  Although buying a pre-paid funeral plan now may seem a little early, you will benefit from locking the price in at today’s costs.”

The research was conducted amongst a representative sample of 2,000 GB adults by YouGov, of which 1,126 adults provided an answer to both questions (i.e. didn’t select don’t know or prefer not to say).

Fieldwork was undertaken between 6th – 7th August 2020.  The survey was carried out online. The figures have been weighted and are representative of all GB adults (aged 18+).

Infographics and full data can be found here.

For further press information contact Nick Band on 07860 193303 or nick@weareberlin.co.uk

5 Great Ways to Spend More Quality Time with Your Kids

A Comprehensive Guide on How to Choose Blood Pressure Monitor

HOW ANTIMICROBIAL COATING PROTECT YOU FROM GERMS & VIRUSES

7 Natural Ways to Deal with Stress and Anxiety

Welzo: The new way forward for the UK Healthcare System