How Treatments for Brain Cancers are Changing

It is little secret that the way in which cancer is treated today is vastly different to how it was being treated just 10 years ago. As medical and scientific advances are made, the better the chance that patients have of survival.

It is hoped that by 2028, an additional 55,000 people in the United Kingdom will survive cancer and that three in four diagnosis will be made at an early stage, which drastically increases the chances of survival. One of the most difficult to treat cancers are brain cancers, due to the sensitive location and the risks of invasive treatment in the area.

When scans identify a skull base tumour, naturally the worst-case scenario is ringing around the head of the patient. However, in the present day, brain cancer is treatable and – while there are still many risks that come with the associated treatments – advancements mean that the chances of surviving are increased, while the risk of side-effects are decreased.

How Brain Cancer is Treated

The most common way of treating brain cancer is through combination therapy, consisting of a course of radiotherapy and surgery. The order in which these treatments are delivered is decided upon by the patient’s consultant and largely dependent on the size and exact location of the tumour.

If a tumour is too big to remove via surgery, the patient is likely to undergo a course of radiotherapy first in order to decrease the size of the tumour, thus making it easier and safe to remove. For earlier stage cancers, surgery may be the first option with radiotherapy coming after to clear up any remaining cancer cells remaining post-surgery that could not be removed.

Chemotherapy is another form of cancer treatment that, rather than targeting an isolated area of the body (like radiotherapy and surgery), delivers drugs into the system that will affect the entire body. This is why this form of treatment is mostly used when the cancer has begun to spread. Because of this, the patient is likely to experience symptoms of side-effects, such as fatigue, hair loss and nausea amongst others.

A newer form of cancer treatment that has been given approval only in the last few years is proton beam therapy, which has proven to be highly effective in treating localised tumours, such as those in the brain. Instead of a beam of photons that hit and pass-through cancer cells, a highly targeted proton beam hits and stops at the tumour. This means that few healthy cells around the tumour are impacted, which means the risk of experiencing side-effects is reduced.

In the case of brain cancer, the prospect of using highly targeted non-invasive treatment is a game changer. While the efficacy is similar to that of radiotherapy in terms of survival rates, the reduced risk of side-effects means that proton beam therapy is a preferred choice for many patients when they are given the option. The main drawback, though, is that the treatment is considerably more expensive than others.

Hopes for the Future 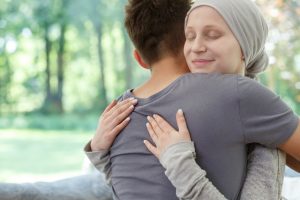 Much of the research into treating brain cancer centres around activating and/or boosting the body’s natural immune system. A vaccine that stops the brain from forming tumours would fantastic, but how realistic a possibility that is we are unsure, although vaccines are being developed and tested right now.

Bedtime Tips To Ensure You Get Your Beauty Sleep

Why Is Physical Therapy Important After Car Accident?

Everything You’re Not Doing (And Should Be) For Better Health