AR-15 Safety Selector – What Should You Know?

Most of us think about optics, stocks, and trigger groups when considering and discussing modifications and enhancements for our AR-15 rifles. The more commonplace aspects of an AR-15 that are good candidates for upgrading are rarely considered. The safety selector is one of these frequently neglected components.

The safety selector on your AR-15 may not appear to be a critical component. This apparently little portion of your AR-15, however, is an important part of the trigger group. Many of us spend hours fine-tuning the performance of our AR-15 triggers, but we never consider the safety selector.

The word “safety” is crucial

Your AR-15’s safety selector is a straightforward design. The AR-15 receiver’s selection lever has two locations on the left side. Your AR-15 is in safe mode while the lever is in the horizontal position. The safety contacts the trigger in this position, preventing the hammer from disengaging from the seer. With the safety engaged, the hammer cannot go forward and hit the firing pin.

The safety bar disengages the trigger when you move the safety lever to the vertical position pointing up, allowing your AR-15 to fire. Every time you fire a shot with an AR-15, you must pull the trigger.

Remember that your AR-15’s safety selector is only a minor aspect of safe gun handling. When the magazine is removed from the weapon and the bolt is open, your AR-15 is the safest. This is the optimum condition to maintain your AR-15 in for everyone’s safety while you aren’t actively shooting it.

What Upgrades Are Available for Safety Selectors?

Serious shooters frequently practice using their AR-15 with both hands. Shooting using their weak hand is an excellent way to increase their overall talents. When firing from your left shoulder, you’ll notice the stock safety selector if you regularly train with your week hand. For many shooters, having an ambidextrous safety selector is almost a need.

Most AR-15s’ stock safety selectors need the safety to be rotated 90 degrees from the safe to the firing position. This range of motion may be excessive and time-consuming for certain shooters. To accomplish this movement, shooters with smaller hands may need to adjust their hand on the rifle grip.

For your AR-15, safety selectors that limit the range of movement are now available. Only a 45-degree movement is required to disengage the safety and place it in the firing position. The 45-degree safety selector reduces the level’s travel distance in half and speeds its movement.

The installation of a 45-degree safety selector usually does not necessitate any adjustments to the trigger control group or receiver. Most ar-15 owners may easily install a 45-degree selector as a drop-in modification.

What to Look for in a Safety Selector Upgrade

The safety selector’s fit and quality are crucial. Poor craftsmanship or subpar machining might cause more issues than you might realize. On the safety selector, look for these crucial flaws that indicate poor manufacturing or machining.

Examine the safety selector’s edges. The edges should be highly defined and tidy. There should be no razor-like surfaces, though. Burrs or rough areas on the surface indicate poor machining and quality.

When it comes to upgrading my safety selection, rice is generally the last thing on my mind. Even the most costly safety selectors are inexpensive when compared to the rest of your AR-15. Why take chances with a portion of your weapon that is so important.

Safety selectors constructed of the same aluminum alloy as the other components and receiver are my preference. Polymer safety selections should be avoided. I’ve discovered that these parts wear out too quickly, causing the safety selector to stop working. 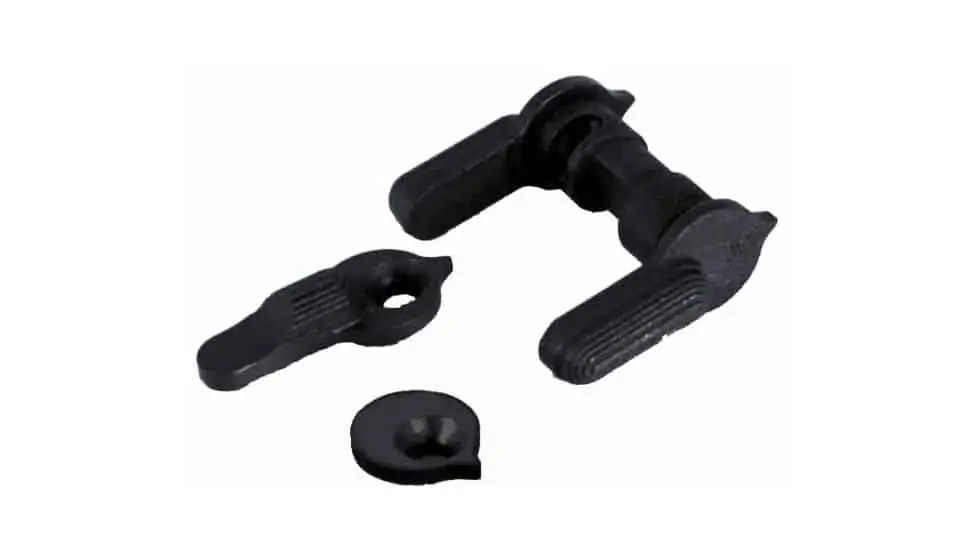 The ambidextrous safety selector is made of steel by Knights Armament for long-term durability and performance. These components have above-average fit and finish. The edges are sharp yet not too harsh. There are no obvious tool traces on the surfaces, and they are smooth. Two different sized right-hand levers are included in the Knights Armament kit. On their ambidextrous safety selector, some shooters prefer a bigger right-hand lever. You may choose which lever to install during installation based on your preferences.

The Knights Armament kit includes everything you need to install a single lever safety selector upgrade. Each kit comprises a button with no lever. For a more conventional kind of safety selector, install the button rather than the lever. The button, like the standard level, features an indication arrow that allows you to check the safety position instantaneously. 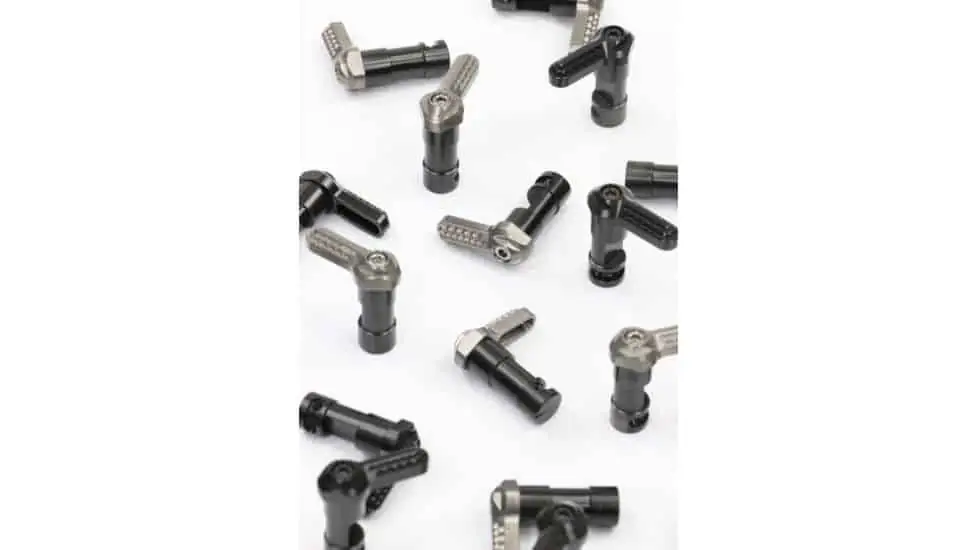 Every ounce of weight matters to certain shooters. If you want to get rid of as much weight as possible from your AR-15, the V Seven Safety Selector is an excellent choice. This is likely the lowest weight safety selector on the market, weighing in at around 11.7 grams.

V Seven Weapons Systems achieves this weight reduction by machining a titanium safety selector. Titanium is a strong, lightweight metal that may be finished in a variety of ways. In designing the 57/90 Degree Safety Selector, V Seven takes use of these traits. 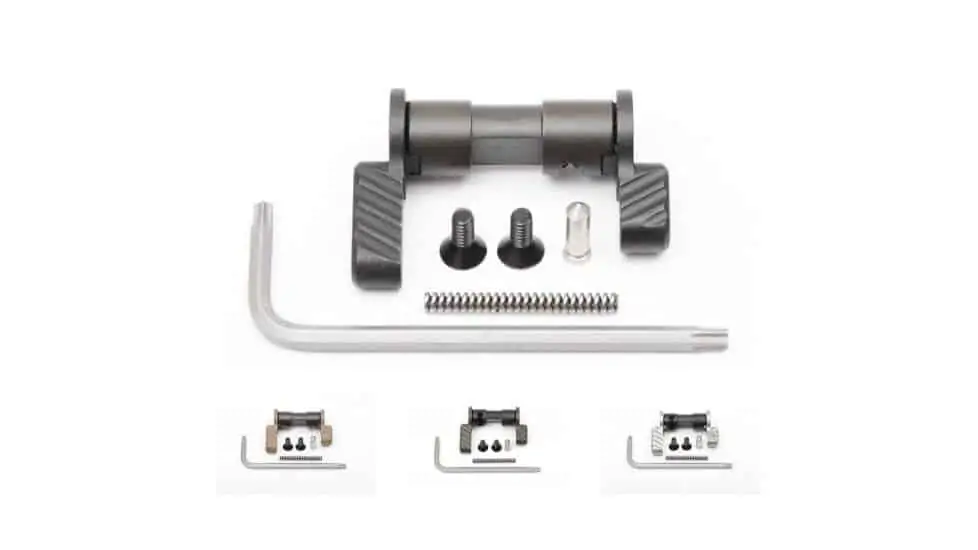 The ambidextrous safety selector from Battle Arms Development Inc. has a significantly shorter and lower profile right-hand lever than most of its rivals. This shortened safety lever eliminates trigger finger interference while keeping the right-hand safety selector fully functional.

Cricket: The End of Fantasy Sports

England laying platform for Ashes success Down Under in 2021