The emergence of NFTs in the crypto space has generated interest in the many applications of the tokens in various sectors of the cryptocurrency market. Many coins have incorporated NFT projects in their platforms, forming clubs and using the NFTs as more than just identity media. Decentraland (MANA), Tezos (XTZ), and Big Eyes Coin (BIG), amongst others, are some of the top NFT-Based tokens in the market today. Stay tuned as we review why they are your best picks if you’re looking to start your NFT journey.

Decentraland is a platform on the Metaverse that provides virtual space for users to monetize visual content and interact with one another. The platform is a shared Metaverse, where individual users acquire LAND and fit it with other virtual features using tokens.

Decentraland represents most of what happens in reality, as businesses can be promoted, people can communicate with others using their Avatars, and they can move around the Metaverse space. MANA is the native token used in Decentraland for most transactions. Users can also trade their virtual assets with other people instead of using the coins. Decentraland also features virtual games, where players can play to earn, and developers gain from the in-game purchases.

MANA is currently listed at $0.81. Because of the general crypto collapse, it has been declining since its last high in February.

Tezos (XTZ) is both a cryptocurrency token and a decentralized platform, complete with its blockchain and protocols. It is unique from most other decentralized platforms because it allows developers globally to contribute codes to the existing protocol. After verifying their code information, the stakeholders vote on whether or not to accept the code as part of the entire protocol.

Tezos (XTZ), as a decentralized platform, was designed to overcome challenges other blockchain systems face in terms of DApps creation and smart contract settlement. The base programming makes it easy for third-party developers to add their tools and products, like DApps, to the blockchain, upon approval by the required personnel. Users can also access those products almost as soon as they are incorporated into the platform.

Tezos (XTZ) is the native token to the blockchain. It is used in the games and NFT marketplace featured on the blockchain. These features attract users all over the cryptocurrency market to the Tezos decentralized platform. The token currently lists at $1.7, indicating the effects of the crypto collapse on Tezos (XTZ).

Big Eyes is a new cryptocurrency platform with a meme coin–BIG–in its presale stage, getting ready for public launch. Apart from social media stunts, the developers aim to keep the coin relevant by creating an NFT club with periodic NFT releases for community members. 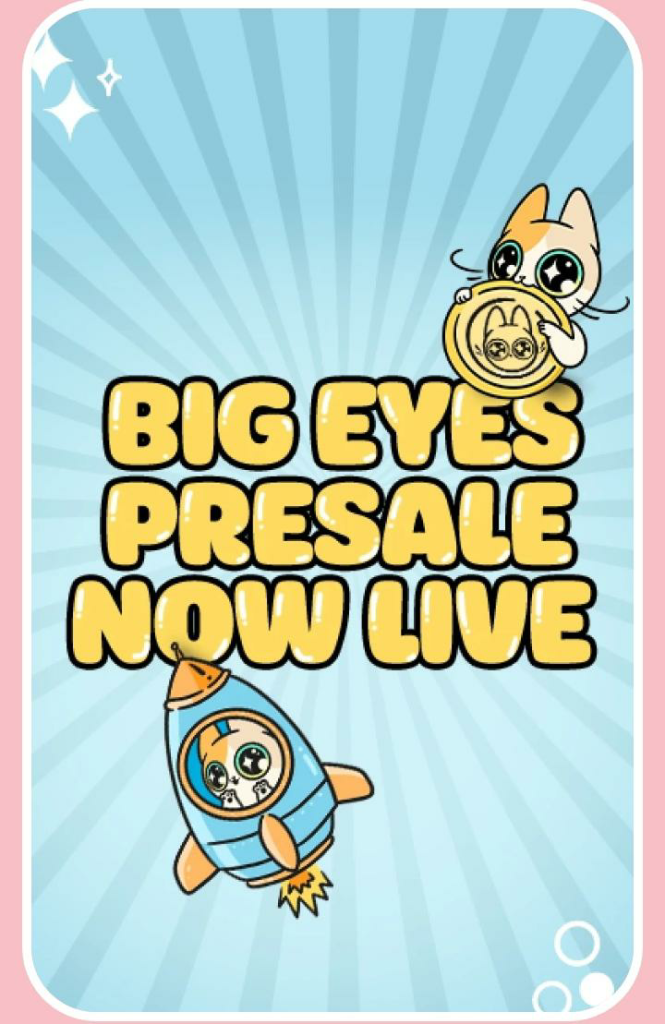 The presale will bring about 70% of the 200,000,000,000 tokens to the prospective buyers, with 5% of the tokens going to marine life preservation charities. Later, the token will launch on swap platforms like UNISWAP, enabling exchange with tokens from other networks.

The presale is still on, and you can join here. Also, download the whitepaper for a summary of the project.

What Is Ethereum? What Can You Use It For?

The Elon Effect: HUH Token promise Musk 50% of token supply if he interacts with them