MEN HAVE FINALLY BEEN OUTPLAYED SAYS WOMAN WHO BEDDED 10,000 MEN 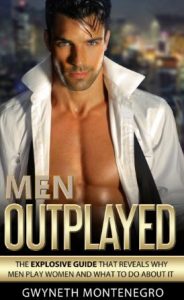 MELBOURNE: A woman who has shared her bed with no less than 10,091 men has shared her remarkable experience in an effort to educate women on how to identify men who play women for sexual advantage. Literally, how to spot a player.

Gwyneth Montenegro, a practicing Intimacy Behaviourist from Melbourne, Australia, spent three years on the project that claims to provide women with a 21st century insight as to why men play women for sex, then leave them.

“We women tend to think with emotion and get in over our head before we realize we are getting played. Players use this to their advantage which enables them to set about charming his prey until he gets what he wants. They’ve had the power over women for too long. These manipulative practices need to be exposed.” Ms Montenegro said.

Gwyneth Montenegro found herself with global acclaim in 2014 when she shared with the world her most deeply guarded secret. She’d been drugged, taken away and violently gang raped.

“My life had changed forever,” Ms Montenegro said, “I felt dirty, unwanted and unworthy. I felt removed from society. I felt as though I had caused it and I blamed myself. My life, from that point on spiralled downhill until I found myself in the sex trade.”

“When I left the trade, I told no-one, I just picked up my life and moved on. But I harboured an anger deep inside. Not necessarily at the rapists themselves, but at myself. Why didn’t I spot the warning signs? Am I that naive?”

“And that’s the point,” Ms Montenegro said. “We women typically are naïve when it comes to identifying a player. We’re looking for love, we have our heart invested, he’s looking to conquer.”

Ms Montenegro wrote, Men Outplayed – The Explosive Guide That Reveals Why Men Play Women and What to Do About It.

“It’s literally a step by step guide on how to outplay men at their game and potentially never get used or manipulated for sex ever again,” Ms Montenegro said. “It uses advanced behavioural cues and profiling at an intimate level to expose his dirty little secret.”

Ms Montenegro went on to explain that one particular type of man is particularly prone to playing women for sex, he’ll do this perpetually, and shockingly this type of man represents more than one in every ten potential dates.

“The good news is that he’s easily identified if you know what you’re looking for,” advised Ms Montenegro.

“The Casanovas and players are a little worked up,” she said. “Their days are numbered. Some have already expressed their desire to have the book banned and I can’t blame them. The balance of power in ‘intimate power play’ has shifted to that of women, and I couldn’t be more proud.”

More than 137,700 girls have missed school because they couldn’t afford sanitary products

Moissanite vs. Diamond – What Kind of Stone Should You Pick for Earrings

What is a funeral plan?