What is the reason for Tottenham Hotspur’s regression? 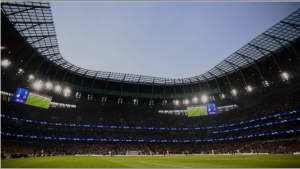 Six points above the drop zone and 11 points from the top four and a vital place in next season’s Champions League – that is the predicament Tottenham Hotspur currently find themselves in. Without a win in their last five Premier League games, Spurs have gone into free-fall, dropping from sixth to 14th in the table and showing worse form than the likes of Watford, Aston Villa and Everton.

Pre-season favourites for a top-four finish in Premiership EPL odds, Spurs look like a long-shot now. What has happened to the side that finished second in the Premier League three years ago? Or last season’s heroics of a Champions League final, coupled with a place in the semi-finals of the League Cup? No such hope for the current crop who crashed out of the League Cup at the hands of League Two’s Colchester United. In Europe, Spurs are guaranteed a place in the Europa League round of 32 at least, but they could still reach the knockout stages of the Champions League. They host bottom-of-the-table Olympiacos at the end of the month and travel to Munich to face Group B leaders Bayern in their final game.

But of greater concern is their league form. Spurs have won only three games all season. They’ve dropped points against the likes of Watford, Everton and surprise outfit Sheffield United. They got well and truly whipped by Brighton & Hove Albion at the beginning of October and in the coming months the fixture list isn’t kind. Spurs travel to Old Trafford at the beginning of December and face Chelsea and Liverpool at home in quick succession.

Struggles on the road

While the Lilywhites have failed to make their new home, the Tottenham Hotspur Stadium, a fortress – the same way that White Hart Lane and even temporary home Wembley were – the issue at hand is their away form. Without a win on the road since January 20th when they beat Fulham, their winless run extends to 12 matches across two seasons. This term alone, Spurs have failed to win on their travels, picking up three points from three draws. In the ‘away form’ table, they sit 18th, alongside Burnley who have also failed to win on the road and have picked up only three points. It’s relegation form and something Mauricio Pochettino needs to address.

Pochettino in the firing line?

This is Tottenham’s worst start to a Premier League campaign since 2008-09. After eight games without a win in that campaign, Juande Ramos was sacked and Harry Redknapp took the helm. Questions are being asked of Pochettino – has he taken Spurs as far as he can? Will defeat or dropped points against out-of-form West Ham United cost him his job? Or will he walk away and seek a new challenge?

There’s no doubt that the Argentine has worked miracles since his appointment. Fans can be proud of their Premier League title challenge and place in the Champions League final. But even at this stage, their season seems all but over – a write-off. There have been rumours that Pochettino is willing to walk, and he even insinuated it on the eve of their European final against Liverpool.

Lack of confidence in the camp

It isn’t only a crisis of confidence for Tottenham. The squad looks disjointed, devoid of ideas and lacking stability as players flit in and out of the matchday squad. One of Spurs’ star men that has faded away is Christian Eriksen, and the Dane is one of three whose contracts expire at the end of the season.

Earlier this week, Eriksen was quick to say that his lack of form has nothing to do with his contract expiring. He said: “I feel 100% Tottenham has complete confidence in me. I don’t feel there’s a connection between my contract situation and not playing as many matches.” But the fans aren’t buying it.

Former Tottenham boss and club legend Glenn Hoddle had a lot to say on the matter. In his capacity as a pundit for BT Sport, he commented: “I’ve gone on record and said it before but there’s a massive problem, there’s a lack of confidence and there’s no stability in what Pochettino’s team is.”

“For the last two years it was very stable, you knew what the team was, the team actually knew what it was going to be, the back four picked itself to a certain degree. I think it’s changed now.”

It’s a good job that the international break has arrived, but for Tottenham, their problems are deeper than that and the January transfer window can’t come soon enough. If the Lilywhites can’t turn their season around and qualify for the Champions League, who knows how it will impact them financially.

How To Analyze Your Results History?

AN OVERVIEW OF ADULT ROLLER SKATING AND BUYING THE RIGHT SHOES