In 1956, 64 years ago, the first commercial quantities of oil were found in West Africa, in the Niger Delta basin of Nigeria. But the new century has again led to a surge in demand for African oil and gas. All major international energy firms are heavily investing in Africa, wells are being drilled along the entire coast, from Morocco in the North to Namibia in the South as well as in the interior. Production and proven reserves have attained new heights.

Currently, several factors are influencing oil production in West Africa. International demand, prices at levels not seen in thirty years, new technologies in oil and gas exploration, quality testing and production. At this juncture, it is the regions responsibility to prove its effective quality infrastructure. 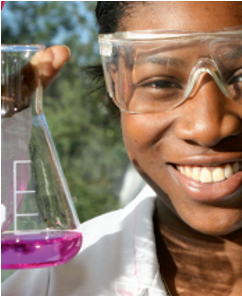 It is learned that since 2001, the European Union (EU) and the United Nations Industrial Development Organization (UNIDO) have been supporting the Economic Community of West African States in the promotion of a quality culture in the region to help develop suitable, relevant, efficient and effective quality infrastructure to facilitate intra-regional and international trade, protect consumers and the environment and promote sustainable economic development.

Efforts such as these can firmly anchor Africa on a path towards inclusive, quality and sustainable industrial development and contribute to the achievement of the United Nation’s Sustainable Development Goals.

Under the West African Quality System Programme (WAQSP) with the help of the quality policy of Economic Community of West African States Commission (ECOWAS), 16 West African countries will strengthen their quality infrastructure for greater effectiveness, leading to enhanced competitiveness and better regional trade participation. The programme will bolster the creation of quality centres of excellence and networks of specialized quality institutions such as laboratories and assessment bodies to provide efficient services to local and exporting companies. Consumers will enjoy more protection as a result economic development will be sustainably promoted.

Arab Gulf states are intervening more assertively in Sub-Saharan and West Africa to capitalize on economic opportunities and protect their security interests.

Fabrice Adjakly an alumni of the Intec Paris, an institute of the National Conservatory of Arts and Crafts (CNAM) says that, ‘the region is progressing on a professional and systematic method of quality standards, it will help in the future of trade and investments, especially when the GCC states have advanced their strategies of economic diversification and reduced reliance on oil, by investing in African markets”.

Could the COVID-19 Pandemic Give Way To a New Green Revolution?

What Should You Be Knowing About Wildfire Land Claims?

COVID-19 creates a risk of deportation for Fiance Visa couples