Last year was the most profitable year for cryptocurrency to date. Shiba Inu Coin and other cryptocurrencies such as Ethereum and Bitcoin are but a few names of some of the incredible movers in this field of decentralized finance.  This suggests that individuals who invest in cryptocurrency are supporting an ecologically destructive industry that is continually extending its carbon footprints.

As previously noted, crypto mining needs numerous global, energy-intensive computations. Cryptocurrency advocates say that as it does not rely on a trusted middleman or a single point of failure, it provides considerable advantages over centralized currencies and is hence beneficial to invest in.

According to Cambridge University specialists, Bitcoin uses 121.36 Terawatt-hours of energy per year to run its system, which is nearly enough to power Norway and more than the complete country of Argentina. On average, the energy it uses in a single hour could power all kettles in the UK for 27 years. The calculations required to answer the strings increase longer as time passes, and more bocks in the chain fill regularly. This suggests that as time goes on, the network will need more raw computing efficiency and power to handle the same amount of transactions. This constant expansion in electronic usage not only increases energy consumption but also adds to building carbon emissions.

Bitcoin appears to be purposely naive to the environmental effects of its ambitions.

This isn’t a new notion as most other cryptocurrencies are similarly uncaring about their environmental effect; yet, there are several emerging Tokens that are more in touch with their ethics, exhibiting ecological sensitivity. 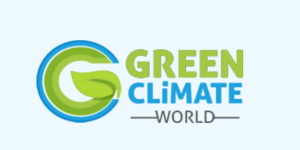 Green Climate world is a project aiming to improve life on our planet. The core of the project is the WGC Token. The WGC token is a blockchain-based cryptocurrency and also a ledger. All logs will be secure on the blockchain with no possibility for any kind of tempering or erasing by anyone. The creators claim that their main goal is recording atmospheric data to our blockchain and planting trees. In order to reach that goal, they take a small per cent of the value of the WGC token and put it toward planting trees.

More and more people are becoming aware of the ever-growing issue of climate change and not many cryptocurrencies take the time to think or act on the matter. Consequently, more people will turn their attention to eco-friendly options such as WGC Token. This cryptocurrency stands out because it has real-world value. Essentially, it is an investment into the future and the planet.

This could be a hopeful trend for cryptocurrency to move into a more environmentally sensitive and community-minded direction for the future.

For more information check out the following links:

GM Wagmi Set to Fall Another 23% and HUH Token Looks Set to Breakout After Announcing $500,000 Giveaway

What Determines the Price Of 1-Bitcoin?

Why is the bitcoin trading platform a perfect alternative for traders?