And while assembling your favorite team and competing directly against other players worldwide is fantastic, what we’re talking about today is a not-so-different beast.

Fantasy sports betting is similar to real sports betting, except it’s far more like a video game. While players don’t assume direct control over the characters, they still get to see full matches controlled by an algorithm that calculates the result based on real-world stats.

What are “fantasy sports” more precisely?

Fantasy sports websites allow users to assemble their dream team and let it compete with teams made by other people.

Other players can then bet on matches and earn money based on which team wins, number of corner kicks, penalties, etc. It’s just like betting in the real world, except the match outcome is determined by a highly advanced AI system.

The main two things that make this system attractive for bettors is the fact that you don’t need an ultra-powerful PC to process the graphics, and you can skip matches in their entirety and go directly to the results page to see if you’ve won or lost. 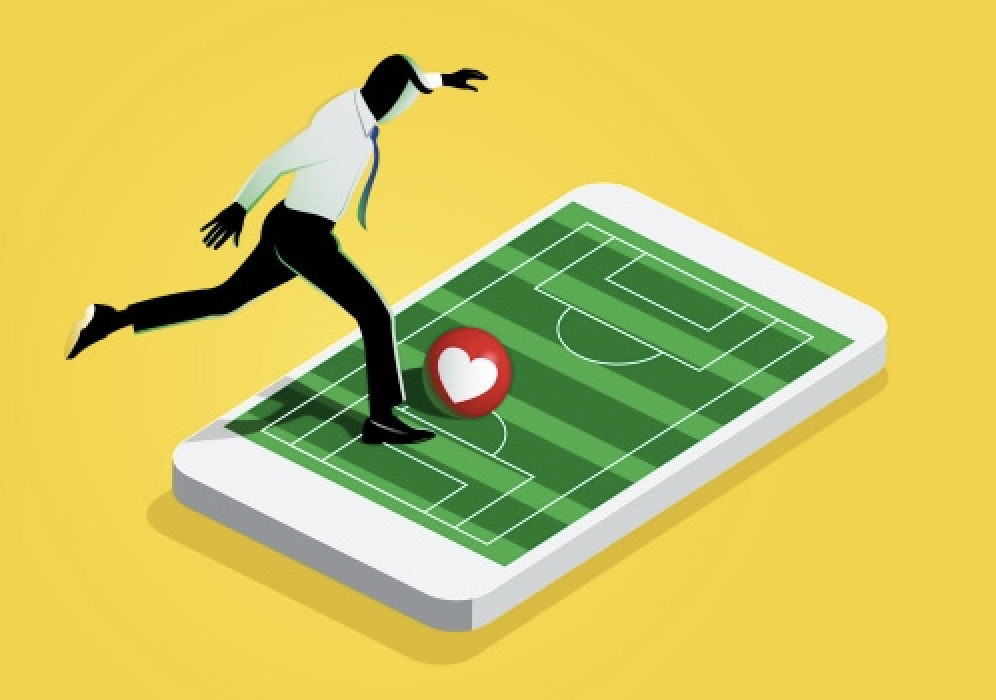 Statistics about the fantasy sports industry

This concept has especially seen a large growth thanks to the recent worldwide pandemic. As of July 2020, the fantasy sports service industry is estimated at around 7.8 billion dollars. Yes, something that not many people have even heard of is an ever-growing industry that’s estimated to reach around 9 billion dollars in just two years from now.

One major factor that has led to this growth is the rise in the variety of sporting events across the globe. The largest revenue market for fantasy sports was in America (the continent, not USA) in 2017, with a total of 58%, while Europe was the second with 14% revenue market share in the same year. Even more impressive, the market size of the Fantasy Sports Services industry in the US has grown 0.5% per year on average between 2015 and 2020.

Furthermore, the fantasy sports market is expected to grow by 9.34 billion dollars during the 2020-2024 period. Taking all this data into account, it’s clear as day that fantasy sports are here to stay and reach out to even more people than ever before. If you want to get into betting on fantasy sports, you now have a lot of options to do so. As for creating your own fantasy sports betting platform, we’ll get to the tips right now.

Should you build your own fantasy sports betting platform?

If you have enough money to invest in good software and build a website, then yes. In short, it’s better to get into the game now when the market is still growing rather than get into it late when competition is way too fierce for newbies.

When looking at most competitors out there, it seems that they are using either BetConstruct Fantasy Sports software, or EveryMatrix Virtual Sports. Of course, there are other platforms as well, but since a lot of notable bet makers are using these two, they are probably the most optimal.

Good software is paramount to facilitating an enjoyable experience for the players. If the experience is subpar, you won’t make it far in this market. But if you do everything right, your website might just become the next big hit in the world of fantasy sports.

Why Fantasy Sports Appeal to the Masses

If you’ve ever talked to a football fanatic, you might’ve heard them say at some points that they wish a match between certain players would take place.

For example, many people wish to see Maradona in his prime go up against Neymar. Of course, that wouldn’t be possible in the real world for obvious reasons. However, when it comes to fantasy sports, such a match is possible.

People like to dream of things that will never happen, and fantasy sports fulfill that desires just as well as movies, books, or video games. This was especially noticeable due to the recent pandemic, where many sporting events around the world got cancelled or delayed until the following year.

And even without the fantasy appeal, people would still watch fantasy sports when events got canceled simply because they were tired of viewing re-runs. You might argue that it’s not the same (and it isn’t), but when there are no other options available, people will go for the next best thing.

The evolution of fantasy sports

The phenomenon of fantasy sports started in North America all the way back in 1999. Yahoo was the main offeror of this type of entertainment during that period, with other suppliers like CBS and ESPN shortly following in its footsteps.

The industry got bigger and bigger throughout its lifespan. From 2012 to 2017, the number of players grew from 8 million to over 15 million. And fantasy sports’ popularity didn’t stop there; it grew in the mainstream media as well. The phenomenon spawned TV shows, forums, blogs, and newspaper columns alike.

However, the hype didn’t stop in America. It spread all across Europe due to major events like the FIFA World Cup and Champions League. The two entities were more or less directly responsible for the creation of Fantasy Premier League – the biggest fantasy sports tournament on the continent.

Oddly enough, the fantasy sports industry brought in numerous fans that weren’t at all interested in sports before. Wondering why this happened? Because fantasy sports don’t rely on sheer luck. Rather, the game is about outsmarting your opponent using your prior knowledge in said sport as well as the history of the virtual players.

Characteristics of a fantasy sports enthusiast

With Gen Z, eSports and fantasy sports have grown tremendously and will only increase in popularity. This is possible for a couple of reasons:

As you can see, combining real-world entertainment with the integration of digital convenience, the younger crowd will find said activity engaging.

Fantasy sport is the perfect medium because it allows them to create their dream team and compete against other gamers’ strategically selected assembly of players. It also encourages players to watch live matches to get an understanding of how each player’s virtual avatar will affect their winning strategy.

To put everything shortly, the market is growing rapidly, and this is the perfect time if you want to become a bet maker.

In these uncertain times, a decent amount of people will most likely stick for a while solely to fantasy sports betting since numerous sporting events around the world have been delayed or canceled.

Which EPL Club Had The Best Transfer Window?

How worried should David Beckham be about Inter Miami?

Who is the highest-paid WNBA player?

Top 4 NHL Players of All Time

How to make over 2.5 goals predictions?

Who will win the 2021 NBA Championships?