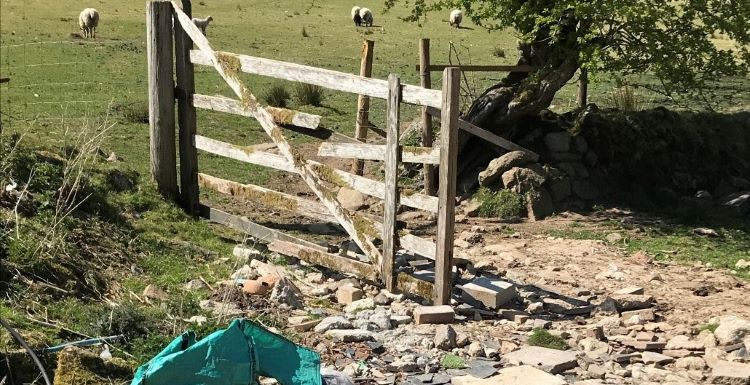 A part-time farmer from Liskeard has been banned from keeping farm animals for 10 years and given a 12-month community order, to include 200 hours of unpaid work, after failing to provide adequate care for his sheep.

On 28 June 2021 the inspectors returned to the land and discovered further breaches of legislation.

Kingsley Keat, for the Council, informed the court that on both occasion’s inspectors found sheep being kept in an unsuitable environment with access to hazardous items including builders waste, scrap and carcasses. Some of the sheep were lame and had not received prompt or effective treatment and Mr Henwood had failed to produce records when requested to do so.

Chris Andrews, representing Mr Henwood, informed the Court that Mr Henwood was a small holder that was well intentioned but incompetent.  He said that there was no evidence of financial gain from Mr Henwood’s farming activities and that he had entered guilty pleas at the earliest opportunity.

During sentencing the magistrates gave credit to Mr Henwood for the early guilty plea and made it clear that he was disqualified from owning and keeping and having anything to do with cattle, sheep and pigs for the next 10 years.  The ban is suspended for 28 days to give Mr Henwood the opportunity to dispose of his sheep.

Jane Tomlinson, Trading Standards Manager Cornwall Council, said: “This case was brought before the court after inspectors had given advice and guidance. Two months later upon their return things were no better. Mr Henwood clearly did not have any regard for the welfare of his sheep and the requirements of the animal welfare legislation.”

Councillor Martyn Alvey, portfolio holder for Environment and Climate Change at Cornwall Council said: “Mr Henwood has a long history of animal cruelty.  Allowing animals access to building waste and leaving animals to rot in fields is completely unacceptable.  I welcome the Courts decision to keep animals safe and to protect the reputation of the Cornish farming industry.”