The celebrations took place in the High Street, Cathedral Green, Princesshay, Guildhall Shopping centre and elsewhere in the city centre between 11am until 3pm.

Community organisations from across the city celebrated on Cathedral Green and the day was filled with family fun and entertainment for people of all ages.

Benches and tables quickly filled up with people eating picnics and takeaways in the High Street. The city centre was filled with the sound of live music throughout the day with The Liberty Sisters, The Footloose Four, Chris Pope, Exeter Railway Band, Devon and Somerset Fire Rescue Band and Exeter Jazz Orchestra.

The amazing Beach Bar in Princesshay Square proved a big hit with Jubilee-inspired drinks served throughout the day.

A vintage Exeter bus dating from 1957, brought back memories for those who recall the AEC Regent V double-deckers purchased by Devon General for use on Exeter city services until 1971. 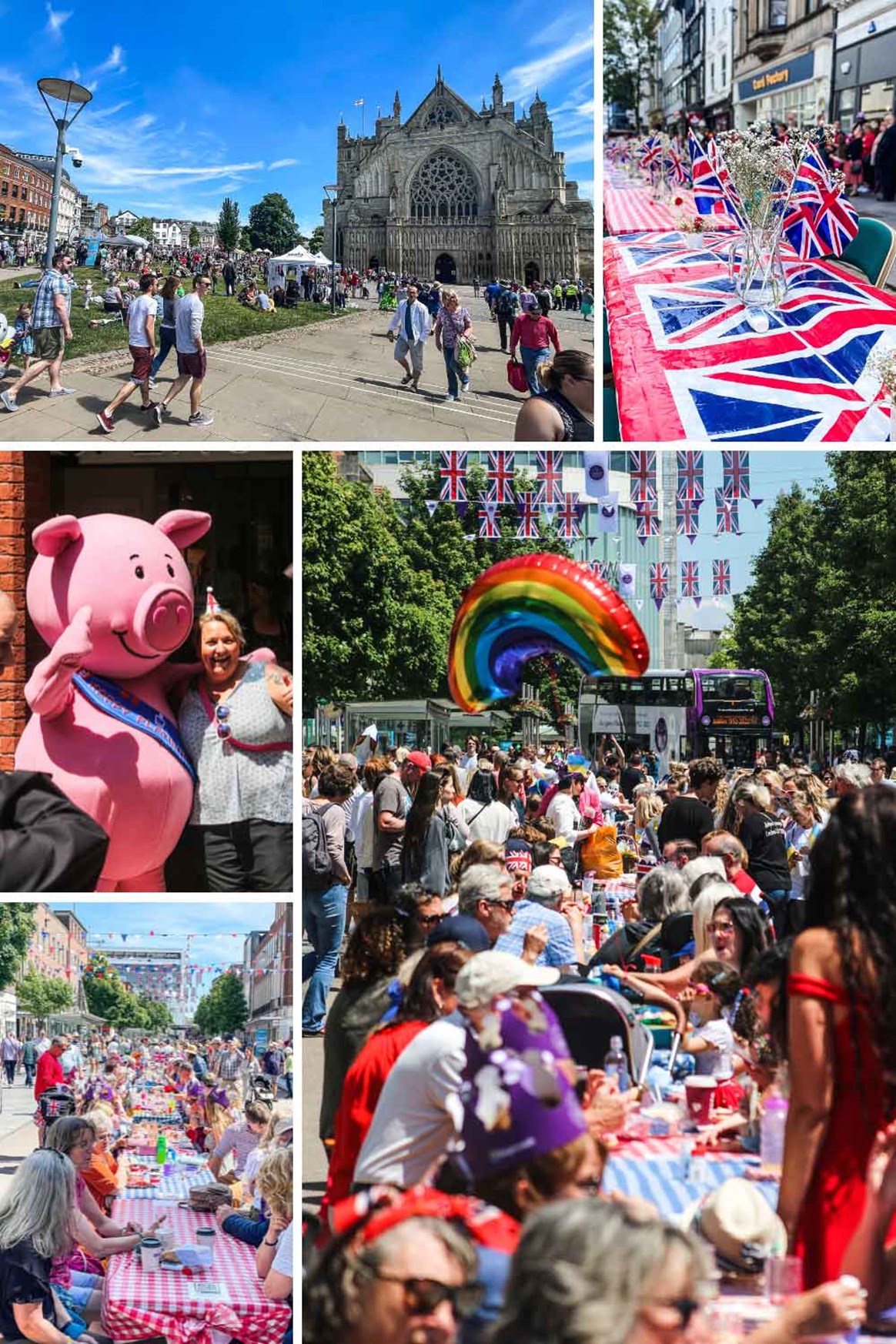