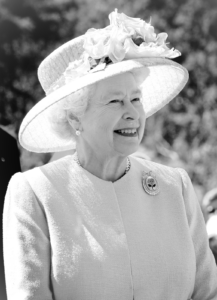 Her Majesty, Queen Elizabeth II, who had turned 96 in April, passed away peacefully on 8 September following a short illness. She was the longest-serving monarch in the history of the United Kingdom, with a remarkable 70-year reign.

Gary Headland DL, Chief Executive, and Sue Sturgeon, Chair of Governors, at Activate Learning, said: “It is with great sadness that we join the rest of our local communities and the wider nation in paying respects and offering our deepest sympathies following the news that Her Majesty, Queen Elizabeth II, has passed away.

“Her Majesty The Queen was a national treasure who steadfastly served this nation as the longest reigning monarch in our history. She exemplified duty and has been a great role model to the many generations she served. As we pay our respects, we cannot help but reflect on Her Majesty’s enormous contribution to countless people in this country, the wider Commonwealth and the rest of the world and acknowledge the enormous legacy she leaves behind.

“We would also like to offer our deepest sympathies to the Royal Family, who will be mourning this great loss with the rest of the nation. Beyond being our monarch, to them she was a much-loved mother, grandmother, and great grandmother and a beloved member of their family.”

Throughout her reign, the Queen has made a huge impact. Staff and students at Activate Learning mourn her passing and stand united in remembrance and respect for her many years of dedication to our country.

This same respect and appreciation were celebrated throughout our campuses recently, as we marked the Queen’s Platinum Jubilee in June 2022 with the commemorative planting of some special trees.

Following the Queen’s passing, we will enter an official ten-day period of national mourning. Our colleges will remain open as normal during this time.

At Activate Learning, we will honour the Queen by observing a two-minute silence across our campuses. We will confirm timings shortly.

Students who have been affected by the news of the Queen’s passing are encouraged to talk with Student Support.

Activities and Clubs at Guildford College