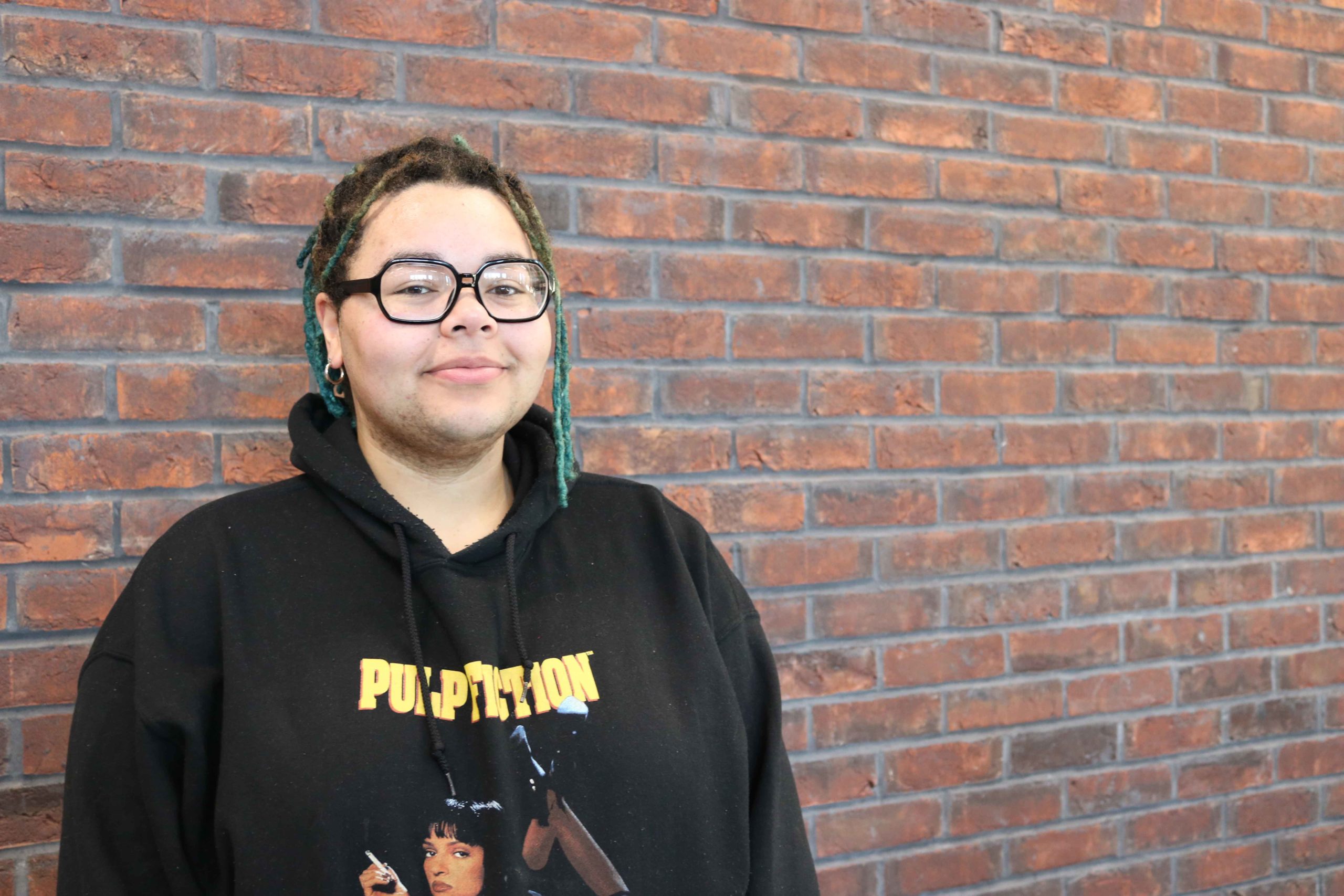 A University of Northampton graduate has played a starring role in the world’s first real time Instagram reality show.

Manchester fashion designer, Maisie Thompson, was snapped up by the producers of Channel 4’s You Do You show, which followed the lives of young creatives in the city.

The Footwear & Accessories graduate was featured across the four-part social media series, as she set about designing and making an outfit for singer China-Lilly to wear in a music video. The 23-year-old was also tasked with producing a poster and merchandise for a gig.

“I massively enjoyed the experience and have always wanted to work in television and alongside other young creatives, so getting the opportunity to do both was a really exciting experience for me,” said Maisie, who graduated from Northampton in 2020.

“The filming process involved a lot of interviews regarding the creative process, personal background and how we were responding to the tasks at hand.”

Maisie was recommended to Channel 4 by You Do You co-star, and rapper, Sindysman, who’d been impressed by her work on music videos and logos.

Her appearance on the show led to Maisie picking up other media appearances – and a new job.

She said: “I have had several radio appearances on shows such as BBC Radio Manchester, BBC4, BBC Woman’s Hour and Unity Radio. Initially, I was speaking about my experience on the show but since then I have been involved in broader social conversations about Gen Z, social pressures and our futures as young people in this country.”

Maisie added: “I have also had many opportunities to collaborate with other creatives, as well as commissioned work. This led to the opportunity for me to become the creative director of independent studio collective, AV Angels, which is a hugely exciting prospect for me.”

In between graduation and her Instagram fame, Maisie had been building up her brand 6ft Above, which sees her make and sell clothing, accessories, prints and gift sets.

Maisie said: “I have a lot of support from my family which has allowed me to focus on the brand full time whilst getting my feet off the ground.

“What’s next for me is to carry on opening myself to new experiences and relationships with other creators. I’m still yet to find my best seller but with the constant support from my friends, family and community, I have all the facilities there to get to that place in due time.”

Maisie feels the training she received at University has been massively important to her professional career.

She said: “As I work alone, it is important for me to be proficient in everything from design to construction as there is no one else to fulfil those roles for me. The continued support I have received from my former classmates and tutors has also been greatly encouraging and massively appreciated over my time running 6ft Above.”

Leather and footwear students to benefit from SATRA equipment