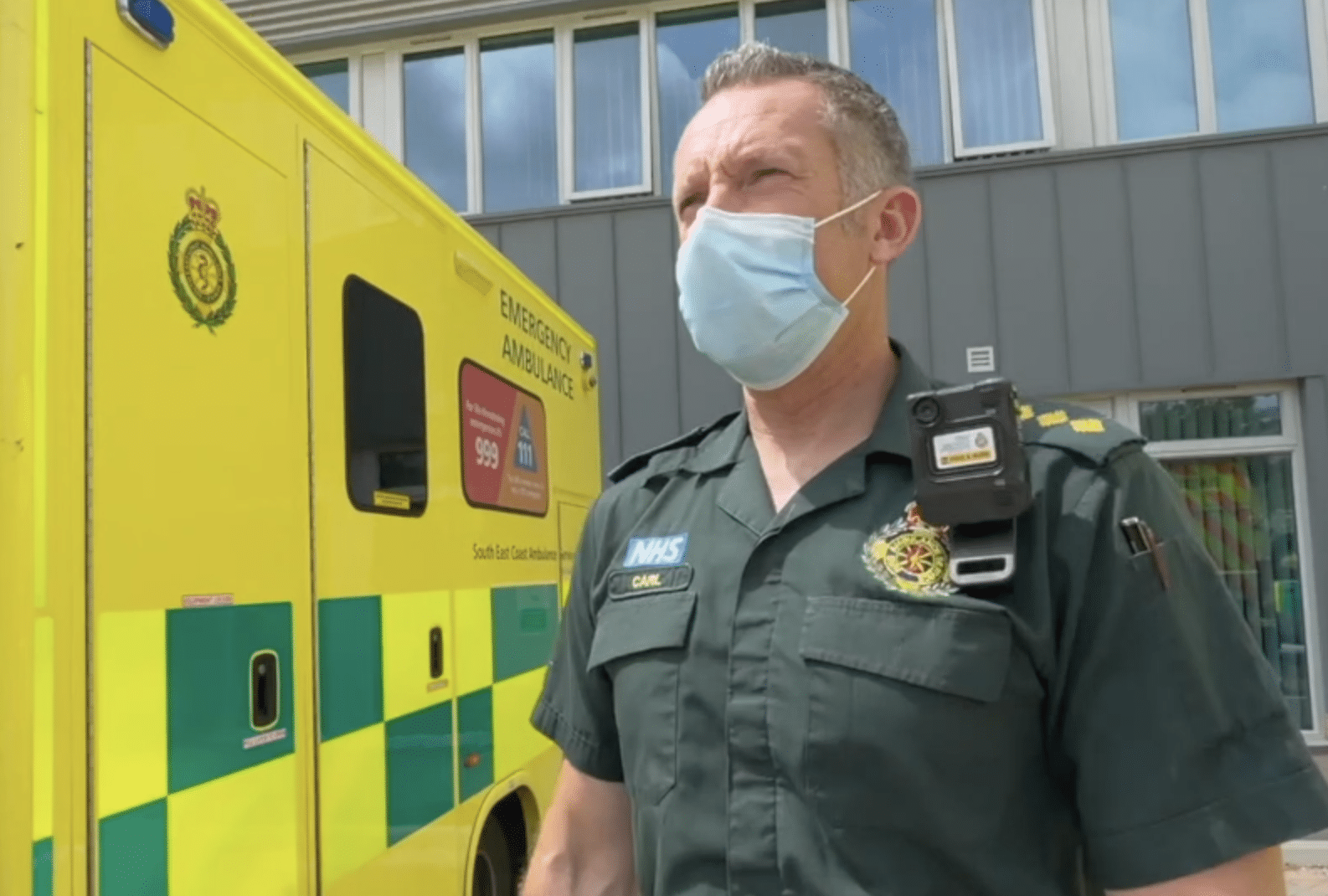 Today (28 February) South East Coast Ambulance Service (SECAmb) joins its ambulance colleagues across England in supporting the launch of a national campaign which aims to address the growing aggression and violence aimed at ambulance staff.

The Work Without Fear campaign has been instigated because of a growing number of staff reporting being abused or attacked. Nationally, nearly 12,000 staff – an increase of 35 per cent in the last five years – were targeted but the most significant rise happened during first year of the pandemic when assaults jumped by 23 per cent compared with the year before.

Locally, SECAmb has also seen an increase in reported violence and aggression in the last three years. Numbers have jumped from 584 reported cases in 2019 to 921 last year – an increase of more than 50 per cent – including 287 reported physical assaults. When aggravating factors were reported, drugs and alcohol came top followed by mental health.

SECAmb Chief Executive, Philip Astle said: “It is deeply saddening that while, as a nation we came together during the height of the pandemic to praise frontline NHS colleagues for their efforts, there were still a small minority of people intent on abusing and attacking our staff.

“Our staff are here to help patients and they should be able to do so without fear.   We do whatever is required to ensure staff safety and if they are abused, we will not hesitate to seek legal action.

“We are supporting those staff who are attacked to seek justice offered through the Assaults on Emergency Workers Offences Act 2018 so that we may deter others from thinking is it acceptable to behaviour violently towards emergency workers.”

SECAmb’s security lead is working with the Trust’s police colleagues, through their work on Operation Cavell – a national operation to tackle violence and anti-social behaviour against NHS staff and to ensure that cases are taken forward.

Health and Safety Manager, Brett Walford said: “It is a sad fact that our staff are facing this type of behaviour; they staff deserve better. We will work with our police colleagues and support our staff in any way we can.”

SECAmb is also trialling body worn cameras in six locations across our region and the footage can be used as evidence in cases of violence or abuse.

SECAmb thanks fire and rescue services for pandemic support

Celebrate safely and support the ambulance service across the Jubilee weekend