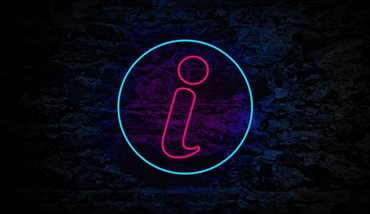 A statement from Councillor Lynn Williams, Leader of the Council

The leader of Blackpool Council has expressed serious concerns over Home Office plans to relocate hundreds of asylum-seekers into the heart of Blackpool.

The council has been advised that around 220 people will be moved into temporary accommodation at the seafront Metropole Hotel from the end of this week as part of the government’s response to the growing number of migrants crossing the channel.

The relocation has been approved by the Home Office despite the council, police and health leaders raising several questions about the rationale of placing vulnerable people in such a high-profile tourist location without undertaking any proper consultation with public services, in particular the NHS, police and the local authority, at a time when all public services are already under enormous pressure.

In addition, the council says there is no evidence that any risk assessments have been undertaken with regard to location, appropriateness of accommodation or impact on the local community.

Today, Cllr Lynn Williams, Leader of Blackpool Council, said the Home Office had presented the council with a fait accompli and seemed determined to go ahead with the placements regardless of the serious issues raised.

She said there was a visible lack of understanding of the town illustrated by the fact that the placement was being made at the start of the peak Illuminations season and in a hotel located in the heart of the tourism zone.

She said it felt more like“a marriage of convenience” between the Home Office and Britannia Hotels than a carefully thought-out plan as to how best to place asylum-seekers in a suitable location with appropriate and sustainable wraparound services in place.

“We have tried to make sense of this with the Home Office and raised numerous questions about how they arrived at this decision. Most of those questions have fallen on deaf ears.

“We fully understand the pressures that the government is facing in terms of the numbers of asylum-seekers crossing the channel but, at the same time, the Home Office needs to understand that it cannot place people simply because it has a marriage of convenience with certain hotel operators.

“As a local authority, we are enormously sympathetic to the plight of refugees and are working with Lancashire to support the resettlement of Afghan refugees, but this is a very different situation. Such placements can only be made if there has been a thorough risk assessment undertaken as well as consultation with those agencies that will have to provide assistance for people who are in need of high levels of support.

“Given that the Home Office has avoided most of the questions we have asked, we have no details of where these 223 asylum-seekers are from, what specific needs they might have and how long they are going to be placed in temporary accommodation in the middle of one of our main tourism areas.”

Progress is made in tackling the climate emergency in Blackpool