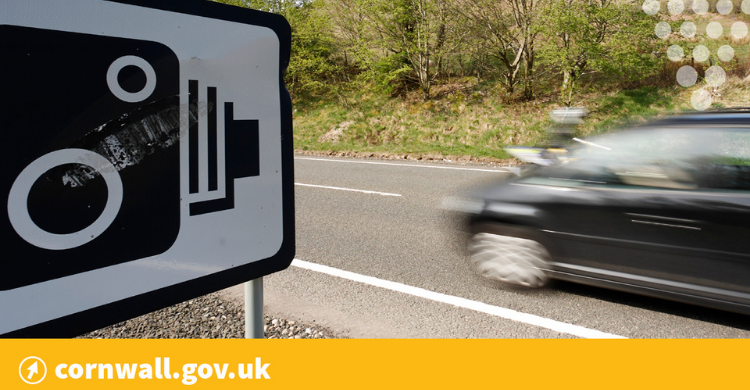 A speed camera on the A390 at Tregolls Road in Truro will be upgraded to deter speeding motorists and those travelling through red lights at the junction.

Work to install the new camera has started. The camera, which will go live week commencing April 11, will monitor speeds across inbound and outbound traffic as well as vehicles passing through red lights.

Tregolls Road is the latest site to be upgraded after funding was secured by Cornwall Council and Devon and Cornwall Police to improve some of Cornwall’s static camera sites.

Cornwall Council is a partner of Vision Zero South West (VZSW) – a collaboration of 17 organisations across Cornwall, Devon and Isles of Scilly working to bring down the numbers of people killed or seriously injured on our roads. The group’s shared vision is for a future where there are no deaths or serious injuries from road traffic collisions.

Philip Desmonde, Cornwall Council cabinet portfolio holder for transport, said: “Speed cameras play an important role in encouraging motorists to slow down. I am pleased to see this camera has been upgraded to now tackle not only those drivers who ignore traffic lights, but to combat speeding drivers too.

“Speed limits are in place for a good reason, sadly too many people are injured on Cornwall’s roads. Everyone can make a positive impact by driving within the speed limit, and these cameras are a valuable tool in educating drivers to slow down.

“We will be working in partnership with Devon and Cornwall Police to closely monitor the effectiveness of the camera at this site once enforcement begins.”

Supt Adrian Leisk, strategic lead for roads policing and chairman of the Vision Zero South West road safety partnership’s enforcement subgroup, said: “If caught speeding in one of these instances then you are likely to be met with a fine of £100 and three penalty points. You may get the option to attend a Speed Awareness course as well. Not only that, but any conviction on your licence can impact your insurance cost when it comes time to renew, and you may find yourself paying more than just a fine of £100 in the long run.

“Across Devon and Cornwall we operate more than 80 active speed cameras which includes a mixture or traditional cameras and average speed detection systems.

“We know speed cameras work to reduce speeding and that speed is a contributory factor in many collisions. Travelling too fast not only gives drivers less time to react, it also increases the likelihood of injury in the event of a collision.

“Cameras such as these, not only enable us to prosecute those driving at dangerously high speeds, but importantly enables us to refer the vast majority into driver education training. This offered as an alternative to prosecution changes behaviour and reduces the risk of an offender subsequently being involved in a collision.

“Enabling sustained behavioural change is at the heart of our approach to monitoring and enforcement of high-risk driving behaviour.”

Man ordered to pay £1,354 for not picking up after allowing dog to foul

Cases of COVID-19 at highest rate ever in Cornwall