Appeal to catch offenders who tipped hundreds of tyres

Anyone who witnessed a vehicle acting suspiciously near the villages west of Banbury on Friday and into the weekend is being asked to help catch the perpetrators of several serious fly-tips. 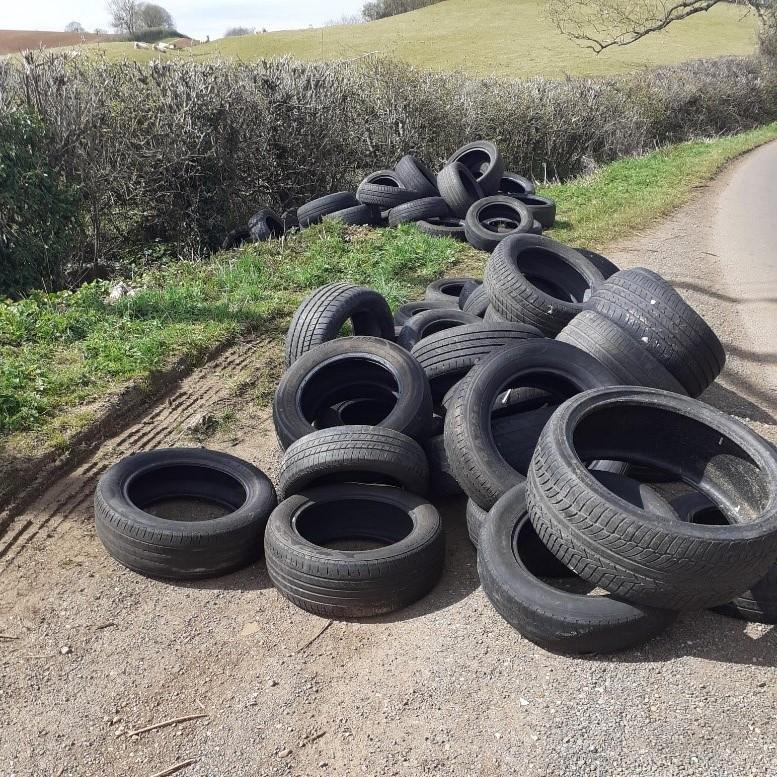 Richard Webb, Assistant Director for Regulatory Services and Community Safety, said: “The first reports of these fly-tips reached us on Friday night and we believe that the perpetrators would have been driving a large vehicle and very visible to anyone who was out for a walk or a drive. The offending could have continued into the weekend.

“The perpetrators chose to dispose of the tyres at several locations, possibly to avoid hanging around in one place for too long. Because of the scale of the offence, the culprits were likely from a business who thought it was a clever move to dump the tyres illegally instead of paying to dispose of them responsibility.

“We intend to track the offenders down and hold them accountable. It is possible that someone driving in the area who was running a dashcam could have caught the vehicle on camera, so we would ask them to review any footage and get in touch with us.”

Anyone with information about these or another a fly-tip in the district should contact the council on 01295 227007.

YouMove launches across Oxfordshire to help families get active together

Look out for electoral registration email