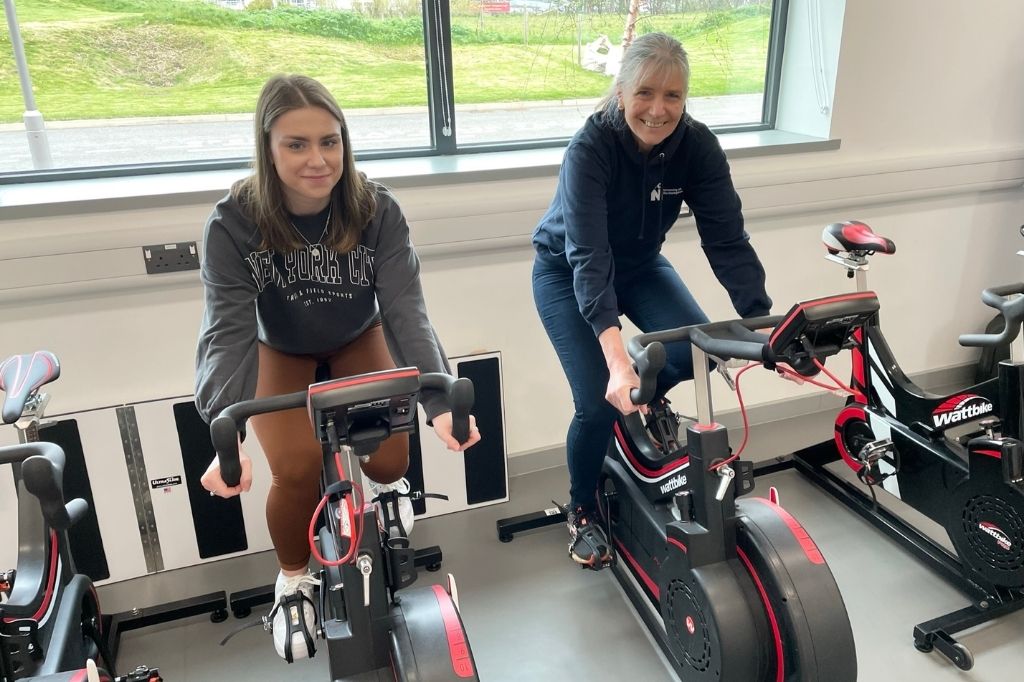 A student who has landed a new job with a leading charity is getting on her bike to lend moral support to her new employer.

Amy Edwins – from Leighton Buzzard – is a student of the University of Northampton’s Childhood and Youth degree. She’s in her final year but has recently had some very welcome news.

Following a successful, 10-week work placement organised by the University with Thames Valley Partnership (TVP), Amy has accepted a role in the organisation’s restorative justice programme.

TVP supports and advocates for adults, young people and families following incidences of crime. Restorative justice provides an opportunity for those harmed by crime and those who caused the harm to communicate and address their needs after the incident has occurred.

Amy talks about her job success: “I am beyond delighted to be offered an associate job role as a Restorative Justice School Facilitator.

“While studying at the University of Northampton, I developed a passion for working with young people who are either perpetrators, victims of crime or affected by crime. Restorative justice has real benefits for pupils involved with conflict and helps avoid, for instance, the need for school exclusions.

“By understanding and implementing restorative justice in schools, I have found myself to have developed a real passion for the approach. It’s great to be able to put into everyday practice the sort of things I learned during my lectures and my placement at TVP, as well as my other placements over the three years of my degree.”

And Amy is not alone as several UON students have gone on to work at TVP after similarly enlightening work placements. Eleanor Ward – now a graduate – talks here about how her placement gave a boost to her career.

As a way of saying thank you to TVP, Amy and Dr Nicola Preston – Senior Lecturer in Special Educational Needs and Inclusion at UON – are taking part in an awareness-raising cycle ride at Waterside.

They – with the help of others at UON who are being encouraged to join – are hoping to cycle 103 miles on Friday 22 April on an exercise bike at Waterside campus.

This is to match the highest daily distance that will be covered by TVP’s CEO Nikki Ross who is taking part in an actual cycle trek between John O’Groats to Land’s End.

Nicola – who is also a Trustee for TVP – explains: “I’ve been working with and alongside Thames Valley Partnership since 1998 and it’s an organisation Amy, myself and others across the University of Northampton deeply support. Their important work in helping people and communities is so vital it cannot be understated.

“Our students say time and again how much they learn from the opportunity to visit and hear about the work of TVP and I see how beneficial working with them is and how being associated with the Partnership can boost their careers. It is no surprise that some go on to great success with them in their professional lives.

“Nikki’s cycle trek to raise money to ensure their great work continues is something Amy and I want to get behind, to give a little back to them and highlight her mighty effort so we hope people can help us to help her to help a good cause.”

For more and to donate.

Telling stories about working in education, health and social care

The return of great cinema!