Dorset’s natural beauty – including the Jurassic Coast UNESCO World Heritage Site that runs through the county – will be showcased to the world on the penultimate day of this year’s Tour of Britain.

Race organisers SweetSpot have today released more details of stage seven of the UK’s most prestigious cycle race, taking place on Saturday 10 September, including the start and finish locations of West Bay and Ferndown respectively.

The race’s first-ever Dorset stage promises to be an unforgettable sporting spectacle, starring over 100 of the world’s best riders and some of the best backdrops that Britain has to offer. 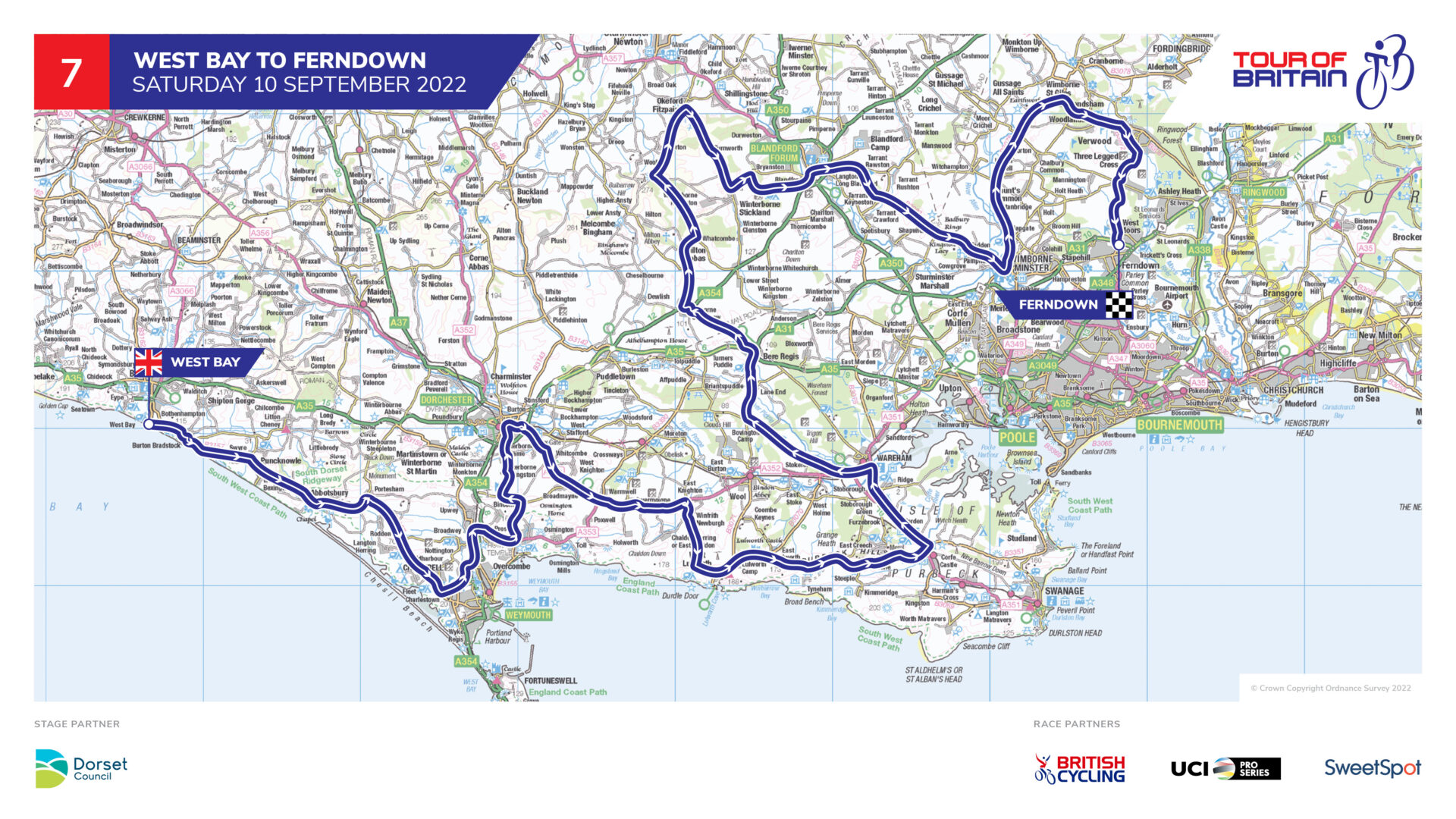 Stage seven will take the riders from West Bay, known for its striking golden cliffs, to the bustling town of Ferndown via a 180-kilometre (112-mile) route. The course will initially parallel with the West Dorset Heritage coast before passing through Dorchester, West Lulworth and Corfe Castle, before heading inland towards Wareham, Milton Abbas and Wimborne Minster. The noted climbs of Whiteway Hill, near East Lulworth, Bulbarrow Hill and Okeford Hill all feature along the route, which culminates on Ferndown’s Victoria Road.

Mick Bennett, Tour of Britain race director, said: “The eyes of the cycling world will be on Dorset come Saturday 10 September and I know that both the world-class riders competing and the huge TV audience the Tour of Britain attracts will be blown away by the sheer beauty of the county. But more than that, the challenging terrain will make for a thrilling day of racing, with the battle for the stage victory in Ferndown likely to be fierce!”

While it may be the modern race’s first visit to Dorset, the county welcomed the Milk Race – a semi-professional forerunner of the Tour of Britain – on multiple occasions during the 1970s and 1980s. On average, the net economic benefit of hosting a stage of the Tour of Britain since 2016 has been worth £3.5m to venues.

Cllr Ray Bryan, Dorset Council’s Portfolio Holder for Highways, Travel and Environment, said: “Dorset Council is excited to be working with Tour of Britain, on what promises to be a brilliant opportunity to showcase what our county has to offer to the world.

“With stage seven of the race stretching from the West to the East of Dorset, we maximise the potential benefits for as many local residents and businesses as possible, and we’re looking to forward to providing a warm welcome to both competitors and spectators later this year.”

Dorset Council stands in solidarity with the people of Ukraine

Working as a lawyer for Dorset Council