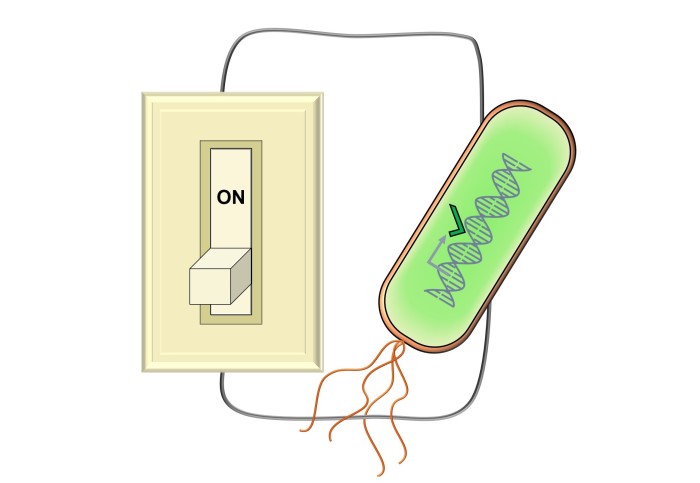 Researchers have created an improved method for turning genes on and off using electrical signals.

Researchers, led by experts at Imperial College London, have developed a new method that allows gene expression to be precisely altered by supplying and removing electrons.

This could help control biomedical implants in the body or reactions in large ‘bioreactors’ that produce drugs and other useful compounds. Current stimuli used to initiate such reactions are often unable to penetrate materials or pose risk of toxicity – electricity holds the solution.

We hope that by further developing these tools we really will be able to control biological systems with a flick of a switch. Joshua Lawrence

Gene expression is the process by which genes are ‘activated’ to produce new molecules and other downstream effects in cells. In organisms, it is regulated by regions of the DNA called promoters. Some promoters, called inducible promoters, can respond to different stimuli, such as light, chemicals and temperature.

Using electricity to control gene expression has opened a new field of research and while such electrogenetic systems have been previously identified they have lacked precision during the presence or absence of electrical signals, limiting their applications. The newly proposed system, with engineered promoters, allows such accuracy to be obtained for the first time using electrical stimulus in bacteria.

The research is published today in Science Advances.

Flick of a switch

Co-lead author Joshua Lawrence said: “A major issue in synthetic biology is that it is hard to control biological systems in the way we control artificial ones. If we want to get a cell to produce a specific chemical at a certain time we can’t just change a setting on a computer – we have to add a chemical or change the light conditions.

“The tools we’ve created as part of this project will enable researchers to control the gene expression and behaviour of cells with electrical signals instead without any loss in performance.

“We hope that by further developing these tools we really will be able to control biological systems with a flick of a switch.”

In this research, the PsoxS promoter was redesigned to respond more strongly to electrical stimuli, provided by the delivery of electrons. The newly engineered PsoxS promoters were able not only to activate gene expression but also repress it.

Electrochemical tools can be adjusted for different tasks by tuning them to a specific level, via change in electrode potential.

Biomedical implants often use a stimulus to produce a certain drug or hormone in the body. Not all stimuli are suitable; light is unable to penetrate the human body and chemical ingestion can lead to toxicity. Electric stimuli can be administered via electrodes, giving direct and safe delivery.

For large bioreactors (sometimes the size of a building), that produce chemicals, drugs or fuels, the large volume of culture can be difficult to penetrate with light and expensive to feed with chemical inducers, so delivery of electrons provides a solution. 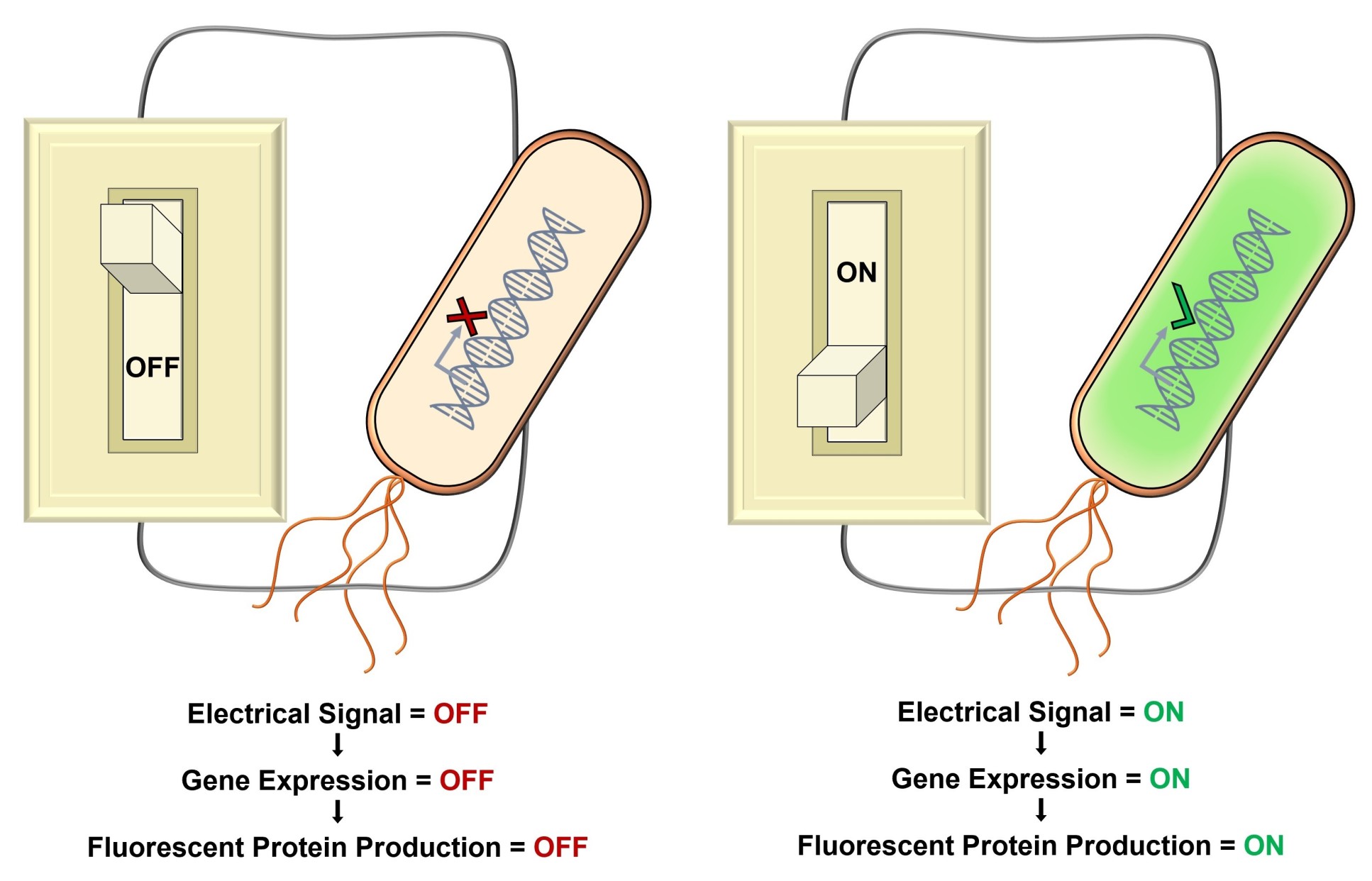 “Thanks to strong dedication, years of work and a great team effort, that initial idea was turned into a reality and we now have a variety of new technologies to use electricity to control the fate of cells.”

The team are now planning on developing different promoters that will act to induce different downstream factors, so that simultaneous electrical signals can express different genes, independent of one another. Building a larger library of promoters and downstream factors means the current system can be adapted for use in yeast, plants and animals.

The research is the result of a larger collaboration of experts from across Imperial’s Departments of Chemistry, Life Sciences and Bioengineering, the Imperial College Translation & Innovation Hub, Cambridge University and the University of Milan.