A leading councillor has joined an early morning crew to see how they keep Exeter’s streets clean and looking good.

Cllr Ruth Williams, Lead Councillor for Recycling and Waterways, set her alarm for the 6am shift in the city centre.

She put on a uniform and picked up a broom to see how City Council staff carry out the work day in day out.

The City Council’s solo sweeper team consists of ten members of staff who rotate throughout the working week and clear up the city centre. The early shift make sure things look spick and span before office worker, shoppers and tourists visit later in the day.

The early morning sweep consists of four operatives who brush the litter into the streets. The mechanical sweepers then collect the rubbish. The solo sweepers are also supported by cleansing van operatives who help to remove the bin bags. They pick up tons of rubbish every week.

“A 6am start and a two-hour sweeping workout of 10,000 steps was a real eye-opener,” said Cllr Williams.

“These guys put in a massive effort every day before most people are even up. A lot of the work goes unnoticed but when you are able to see what the city centre looks like when the litter pickers start working and what it looks like after a few hours, you appreciate the huge efforts that go into keeping Exeter’s streets looking good. I have huge admiration for the work they carry out.

“After two hours I was ready for a rest but they just keep on going,” added Cllr Williams. 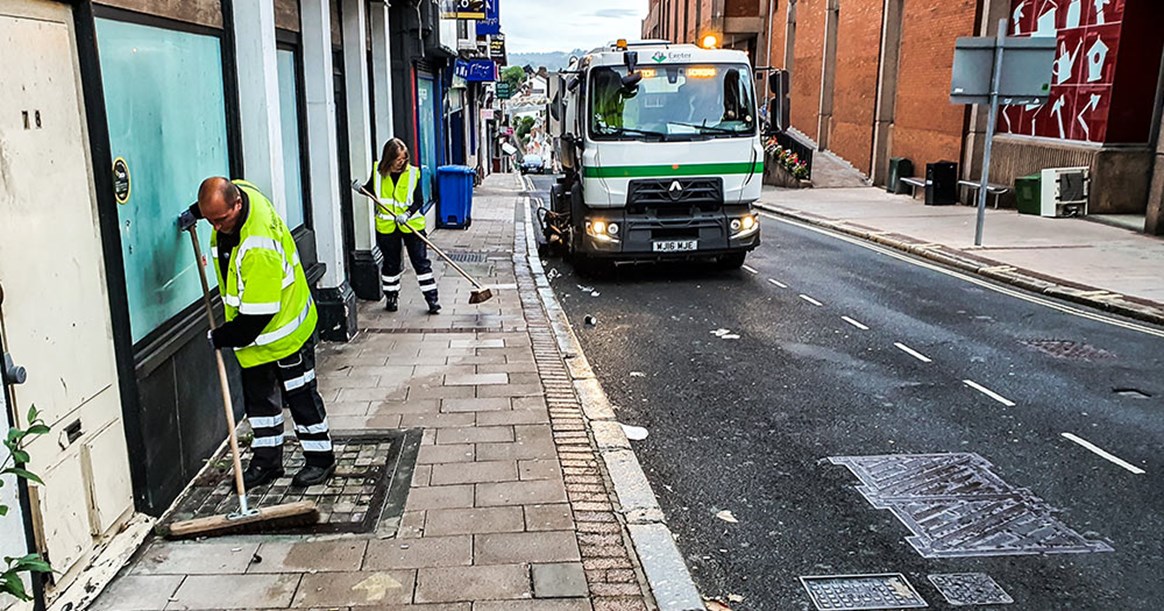 Get out and about on Exeter’s Green Circle walking route

Do you have what it takes to be part of the team? Apply today