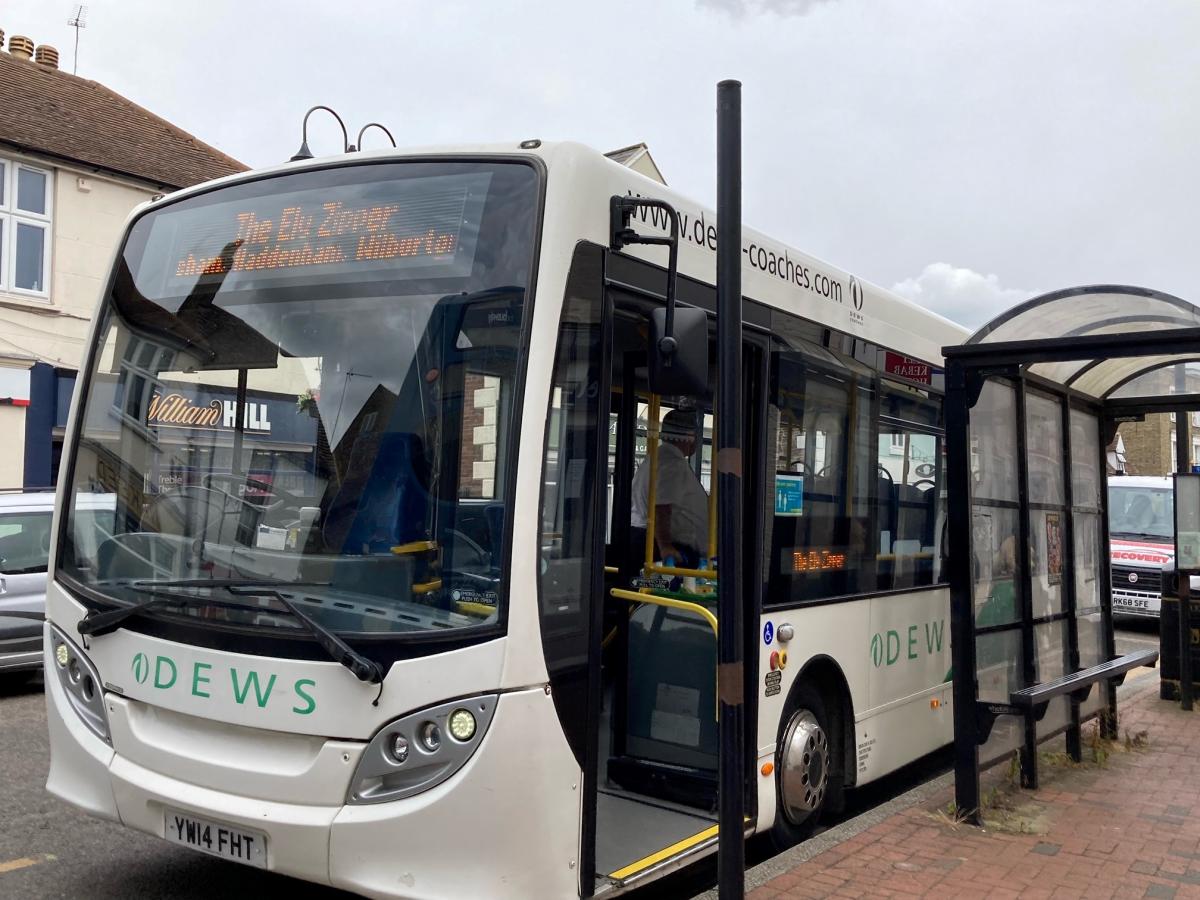 East Cambridgeshire District Council and Grovemere Property Limited have stepped in to provide urgent funds for a much loved Ely bus service at imminent risk of collapse.

The Ely Zipper, which is commissioned by the Cambridgeshire and Peterborough Combined Authority (CPCA), has been providing an hourly service between Ely, Witcham, Haddenham, Wilburton, Stretham and Little Thetford for six days a week over the past eight years.  More recently the service has included a new drop off and pick up point at Lancaster Way Business Park.

Local operator, Dews Coaches, first sought help from the District Council in early May to tackle an issue with the service with the CPCA, stating that, despite the Ely Zipper running at 87% of pre Covid passenger levels (compared with 75% average for services across the rest of the county) they were running at a loss due to rising fuel costs and would need to give notice on the contract early.

The CPCA is due to retender all subsidised services imminently with new contracts due to begin in October.  Without intervention, the service, which carries out 22,000 passenger journeys a year, would end in September, just a few weeks short of the start date for new contracts to begin.

In a letter to Dr Nik Johnson the Mayor of Cambridgeshire and Peterborough, Leader of East Cambs District Council Cllr Anna Bailey said “I am very concerned that the end of this service will not only have an immediate impact on its users, leaving them with severely reduced or no public transport, but will also make it very difficult to reinstate the service later in the year.  It will also, of course, totally undermine bus service patronage and our joint endeavours to promote sustainable forms of transport.”

Cllr Bailey’s letter also cited concerns that the early loss of the service could lead to its permanent withdrawal, adding “Sadly, it doesn’t take long to lose the loyalty and trust of users if a service is withdrawn.  I would therefore suggest, given the relatively modest sums involved, that it would be a false economy not to support the service through to the point of retendering.”

Cllr Bailey commented “I appreciate the Combined Authority and the Mayor are going through very difficult times at the moment, but they need to step up and pay attention to these issues.  I am calling on them to do the right thing and recompense District Council tax payers and Grovemere Property Limited for the £10,400 we have jointly underwritten the service by.”

The Ely Zipper is supported financially by Grovemere Property Limited as part of its planning obligations to facilitate the expansion of Lancaster Way Business Park, which has Enterprise Zone status. The money Grovemere is putting into keeping the bus service running is in addition to this as there are concerns its loss would have a particularly negative impact on the Park where many employees use the bus to commute to work.  The service is also used regularly by students, shoppers and older and disabled people to do their shopping and attend health appointments.

Cllr Bill Hunt for the Stretham Ward, who helped set up the Ely Zipper, said he would be devastated to see it die after years of hard work.

He said: “We simply cannot leave people in the lurch.  So many people rely on the service now – to let it end in this way is unthinkable.  The Zipper has even sparked a romance between one elderly couple who met on the bus and have now moved in together!

“In fact, it’s proved so popular, we were working on setting up an Ely Zipper 2, to run between Market Street in Ely, the HIVE Leisure Village, the Princess of Wales Hospital, Sutton, Witcham and Witchford.”

Fellow Stretham Ward Councillor, Cllr Lisa Stubbs said: “The Mayor and the Combined Authority are supposed to be expanding bus services, not letting them wither and die.  It will be such a shame if a lack of foresight and funding meant we ended up losing not one service, but potentially two from East Cambridgeshire.”

Ely students have their day in court

Council signs up to become an Investor in the Environment