In a record-breaking year, Dorset Council is raising its prestigious Green Flag Awards at five of its country parks, which have been officially recognised as some of the country’s best.

The award is the international quality mark for parks and green spaces. 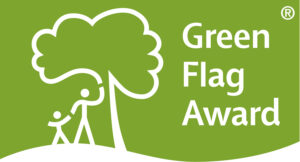 After two years that have seen our parks and green spaces play a vital role for people through lockdowns as a place to relax, exercise and meet friends and family safely, the news that these sites have achieved the Green Flag Award is testament to the hard work and dedication of the teams that make these green spaces places that everyone can enjoy.

Durlston Country Park has also achieved the Green Heritage Site Accreditation, supported by Historic England, for the management of its historic features.

“This is a fantastic result, and an important reminder of how important our country parks and greenspaces are to the public and visitors to Dorset. They are places where we can all enjoy wildlife, landscape, outdoor activities of Dorset or just catching up with friends in the fresh air.

“Winning these awards is recognition of what superb parks we have and a way of saying thank you to the hard-working employees and volunteers that maintain the high standards demanded by the Green Flag Award.”

Commenting on the news that Dorset Council’s country parks have met the Green Flag Award standard, Keep Britain Tidy’s Accreditation Manager Paul Todd said: “I would like to congratulate everyone involved in making these parks worthy of a Green Flag Award.

“Country parks are vital green spaces for the community in Dorset. This award is testament to all the hard work of staff and volunteers, who do so much to ensure that it maintains the high standards demanded by the Green Flag Award.”

The Green Flag Award scheme, managed by environmental charity Keep Britain Tidy under licence from the Department for Levelling Up, Housing and Communities, recognises and rewards well-managed parks and green spaces, setting the benchmark standard for the management of green spaces across the United Kingdom and around the world.

A full list of Green Flag Award-winning parks and green spaces can be found on the Keep Britain Tidy website.

New sections of the Dorset Coast Path for walkers to enjoy

Cycle lanes on Dorchester Road, Weymouth to be made safer