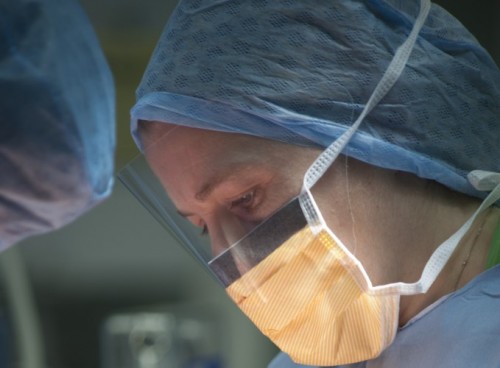 The review, published today (21/9/22) in the British Medical Journal, shows that leaving more than 1mm of non-cancerous tissue from the edge of an excised tumour is associated with a lower risk of distant (spread elsewhere in the body) and local recurrence independent of the use of adjuvant systemic therapy.

However, a previous UK study has shown that 21% of women in the UK had surgical margins of less than 1 mm.

“If  you remove a tumour but cancer cells remain present or close to the edges, the risk of disease returning is increased,” said lead author Professor Nigel Bundred from The University of Manchester

“That is why increased surgical focus on adequacy of margin excision would improve breast cancer survival worldwide.”

When a tumour is surgically removed its edges, also known as margins, can contain microscopic cancer cells.

When the distance from the edge of the excised tissue to the tumour is measured by the pathologist, a close margin occurs when cancer cells are not at the edge, but within a given number of millimetres, usually one or two.

According to the analysis, the rate of recurrence of a tumour elsewhere in the body was 25.4% in patients with cancerous tissue still remaining at the edge.

Professor Nigel Bundred, a clinical scientist at The University of Manchester, said: “In many cancers, such as colorectal cancer, attention to ensuring meticulous removal of the cancer with an encompassing cuff of normal tissue results in improved outcomes.

Blueprint for radical redesign of care for autistic children published