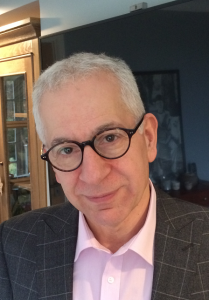 London, UK, November 16, 2017 – Cloud playout and workflow specialist, coralbay.tv Ltd., has announced the appointment of Peter Hajittofi as CEO with effect from 16 November, 2017. Former CEO, Julian Hepworth, has taken the role of CTO and Rob Di Paolo moves into the role of Chief Software Architect.

Peter Hajittofi has a proven track record in building businesses, having formerly co-founded Pebble Beach Systems with Julian Hepworth and former colleague Ian Cockett. Under his leadership Pebble Beach Systems developed award winning playout products and grew to become a world leader in automation solutions, with successful installations at leading broadcasters in over 60 countries. Prior to his time at Pebble, Peter was the managing director of Louth Europe.

Commenting on the appointment, Julian Hepworth – CTO, says, “I worked with Peter for over 16 years at Pebble Beach Systems and before then at Louth and Logica. He is extremely knowledgeable about the broadcast industry and is very well connected, so I am very excited about having this opportunity to work with him again. Peter brings a combination of industry knowledge, management skills and business contacts which will be key in helping to realise the vision of coralbay.tv.”

Peter Hajittofi says, “Having worked with Julian, Rob and Gavin at Pebble Beach Systems on traditional automation and video products, I’m genuinely excited to be joining a visionary new company that will create ground breaking cloud based solutions from the ground up. The transformation of the web from its origins as a document repository to the generic pay as you go compute service we call the cloud, has rewritten the rule book on how software solutions are created, deployed and utilised. I believe that cloud based software solutions will become the norm in this industry and coralbay.tv with its expertise and knowledge will become a significant player in this market”.

Based in the United Kingdom, coralbay.tv offers real-time playout and content preparation solutions for both cloud and the facility. Their upcoming generation of products are specifically designed to work in cloud environments with an emphasis on security, elasticity, redundancy and deployment.